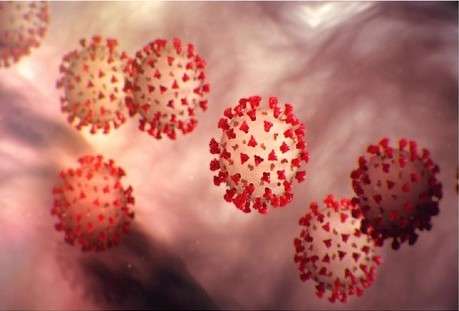 A stronger, more infectious variant of the new coronavirus was found in the United Kingdom and has begun spreading in Central Florida.

Scientists first discovered the variant in the U.K. in September of 2020. It is known as B.1.1.7 and to be more infectious and resilient than its original form.

Seminole County spokesperson Andy Wontor said there are no plans to divert from the current action plan against the virus.

“As of right now, there are no changes to our response as far as different testing or vaccine distribution,” she said. “We are moving forward as is.”

Two cases of the variant were also detected in Orange County. Health department officials said neither case are county residents. One of the individuals was visiting from Broward, the other from Seminole.

However, in a coronavirus briefing meeting Thursday morning, Orange County Health Department Director Dr. Raúl Pino said this does not mean the variant has not reached the county.

“It is everywhere,” Pino said.

According to the Florida Department of Health, there are 92 confirmed cases of the variant in Florida, which is more than anywhere else in the United States.

Pino said there is an effort to help officials keep track of the virus, particularly for the large and highly touristic area of Orange County.

“We are working with the CDC in detail tracing investigation for those individuals who may be suspected of coming from an area where they’ve had incident of those cases,” he said at the briefing.

Leading CDC scientist Dr. Luís Correia said in an interview that the new variant is a mutation of COVID-19. He said it has further adapted to its environment, replicating stronger survival features, like creating faster and tighter “coupling” bonds with the human host cell, as well as becoming more resistant to human defenses.

“Every time the virus enters the human body, it makes a lot of copies of itself, thousands and thousands of times in each cell,” Dr. Correia said. “In this cell replication, sometimes there are errors, whenever these errors are good for the virus in terms of survival, making the virus stronger or more infective, or more resistant to human immunology defense, that mutation can become an adopted new variant with a place in our ecosystem. The virus is more efficient, so it occupies this space.”

To dispel rumors, Dr. Correia said he wanted to make clear that the variant is not any more lethal or dangerous than the original virus and that it is not resistant to the new vaccines against it.

“There is no evidence that this strain is more lethal, but it is more effective and spreads more easily, making it harder to avoid infection,” he said. “We have already two scientific papers published exactly about the Pfizer and Moderna vaccines. They’ve already been tested against the new strain and until now they are effective.”

Dr. Correia did say, however, that paper and cloth masks are no longer good enough to protect people against the spread. He said he recommends people wear N95 masks without valves or surgical masks.

The doctor said the main reasons to be concerned about the new strain is that it is more infectious, meaning it will soon likely become the dominant strain in the U.S. He said younger people, who were not at such a high risk with the original virus, are more at risk of catching the new variant.

“It can get more people, and the younger are getting more sick with this, that is the main reason we are so worried about it,” the doctor said, indicating he had to review this information into the CDC website two weeks ago. “We are talking about at least 25 states in the U.S. having those strains of the new genetic variant and also other eight territories. As Dr. Fauci said, probably in the next moths this strain is going to be the most prevalent in the U.S.”

Dr. Correia said the best way to fight this virus would be to vaccinate everybody, “but that takes time.” He said, in the meantime, the most important thing to do right now is to “stop the circulation of the virus,” by continuing to wash hands, sanitize, wear face coverings, and keep social distancing guidelines.