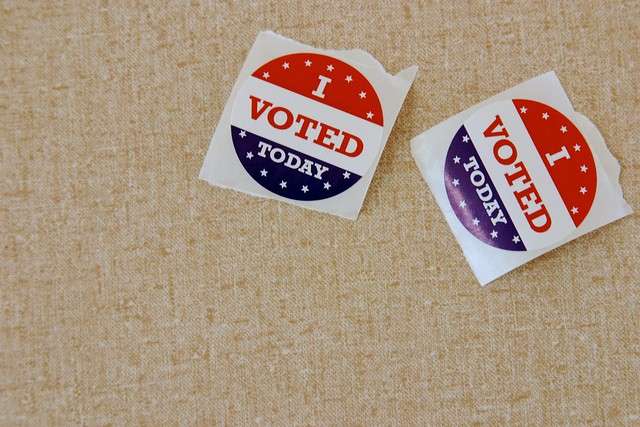 "Fall in love with multiple people at one time. Date as many people as you want," Perez said. "And then when we have our nominee, fall in line together as Democrats. Our unity is our greatest strength and it's Donald Trump's biggest fear." Photo: Flickr Creative Commons

The new voter protection director for Florida Democrats told party activists on Saturday that they should assume there will be a recount during next year’s presidential election.

“We are going to be prepared,” Brandon Peters told a packed room of Democratic activists at the state party’s Leadership Blue 2019 meeting at Walt Disney World in Orlando.

Peters, who was hired by the state party last month, said there will be teams of volunteers trained in how to monitor county canvassing boards for recount problems around the state, should one take place in the 2020 presidential election.

Florida became famous for recounts after the 2000 presidential election, and last year there were recounts in three statewide races. The Florida Democratic Party is the second state Democratic party in the nation to hire a voter protection director, behind the Georgia Democratic Party.

Peters said by July 2020 he hopes to have 15,000 lawyers and volunteers in place around the state to address any voter problems.

Those problems include making it difficult for ex-convicts to register after Florida voters last year passed a constitutional amendment restoring voting rights to as many as 1.4 million felons and creating earlier deadlines for mail-in ballots, Peters said.

Other nonelectoral changes in Florida could have consequences for voters, such as the rollout this month of new driver’s licenses with magnetic strips removed, Peters said.

Voters often check in at polls where information on the strip is run against a database for ID verification. Without that, poll workers may have to resort to manually checking the ID against paper rolls, creating long lines, Peters said.

The state party is coordinating with the Democratic National Party to set up a tool to track election problems in real time. There also will be a hotline for volunteers to call in problems, Peters said.

“If you see something, say something,” Peters said. “Once we are aware of the problem, we will do something about it.”

Even though President Trump is announcing his re-election campaign in Orlando in less than two weeks, and Florida promises to be crucial for any path to the White House, none of the major Democratic presidential candidates were at the Florida conference since most of them were attending a competing event hosted by Iowa Democrats this weekend.

Some candidates sent video messages that were played at a dinner for the Florida Democrats, and two candidates, U.S. Sen. Kamala Harris and South Bend Mayor Peter Buttigieg, made plans to send their spouses. But Buttigieg’s husband, Chasten, was a no-show after running into a transportation snafu.

“Fall in love with multiple people at one time. Date as many people as you want,” Perez said. “And then when we have our nominee, fall in line together as Democrats. Our unity is our greatest strength and it’s Donald Trump’s biggest fear.”