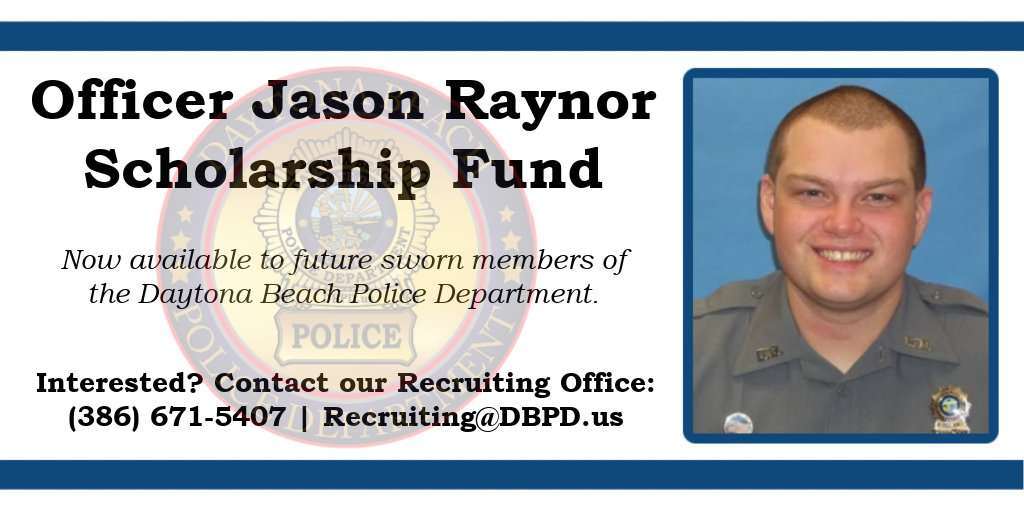 Officer Jason Raynor’s family has set up a scholarship fund in his name to help future members of the Daytona Beach Police Department pay for their education and training.

The Jason Raynor Scholarship Fund was set up by the fallen officer’s family on what would have been his 27th birthday.

The fund will use money raised for Raynor and his family after he was shot in the line of duty to send future Daytona Beach Police officers to accredited law enforcement academies in the state.

Raynor’s father Todd Raynor says the inspiration for this award was watching his son work two or three jobs at a time in order to complete his studies and become an officer.

In a statement Raynor said, “We felt it was appropriate to assist future Daytona Beach Police officers in a similar situation so that they can focus on their career instead of having to worry about how to pay for it all.”

Officer Raynor passed away in August two months after sustaining injuries in the line of duty.