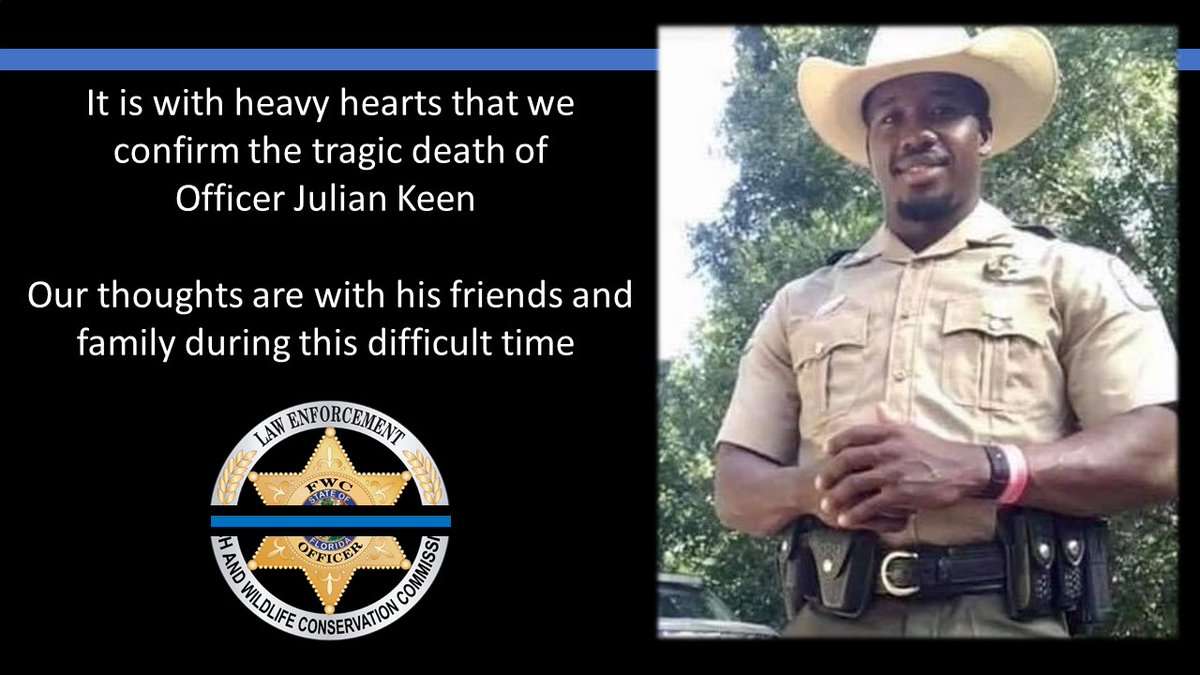 It is with heavy hearts that we confirm the tragic death of Officer Julian Keen. Our thoughts are with his friends and family during this difficult time. #Officer #Florida #LawEnforcement pic.twitter.com/SJdgwqcQ5S

Heartbroken to learn that @MyFWC officer Julian Keen Jr. was shot and killed this morning in LaBelle, FL. My prayers and heartfelt condolences go out to his family and friends. Those responsible must and will be brought to justice.

The Hendry County Sheriff’s Office and the Florida Department of Law Enforcement provided no other details.

The 30-year-old Keen grew up in LaBelle, Florida in Hendry County, according to the Fort Myers News-Press.The Florida Highway Patrol Command Officers Association says in a Facebook post that Keen would give the shirt off his back to anyone who needed it.