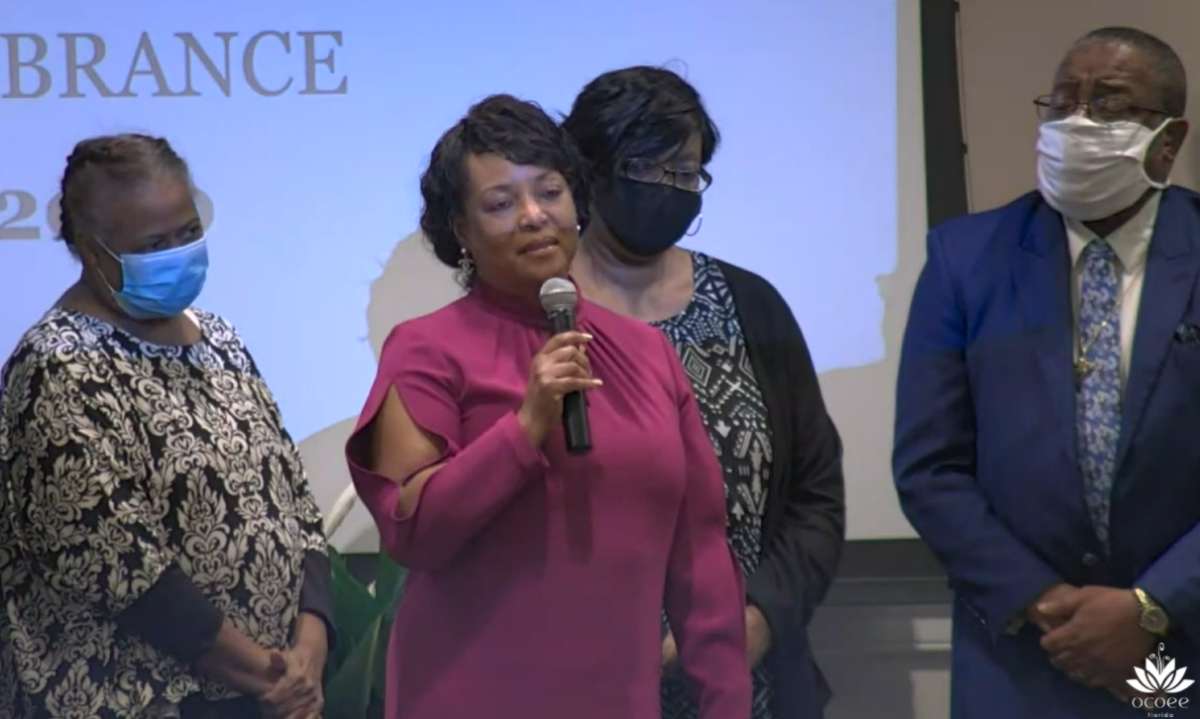 Ocoee unveiled a historic marker Sunday for the victims of the 1920 election day massacre.

An untold number of the city’s African American residents were killed and the rest were driven out of Ocoee.

Before the unveiling, the chairman of Ocoee’s human relations diversity board, Bill Maxwell, presented commemorative plaques to descendants of the victims.

“On behalf of the city of Ocoee, and on behalf of the Human Relations Diversity Board, please accept this plaque as just a token of our willingness to reach out, look you in the face and say ‘we’re sorry,’” said Maxwell.

Sha’ron Cooley McWhite, whose great uncle Julius ‘July’ Perry was lynched by a white mob, thanked city leaders for their efforts to acknowledge the injustices of the past.

“This is not going to be an easy task,” said McWhite.

“But as I said before it takes one step in front of the other, and  you are going to be the model for our young ones that is so needed.”

The marker unveiling capped a week of events by the city of Ocoee to acknowledge the massacre.