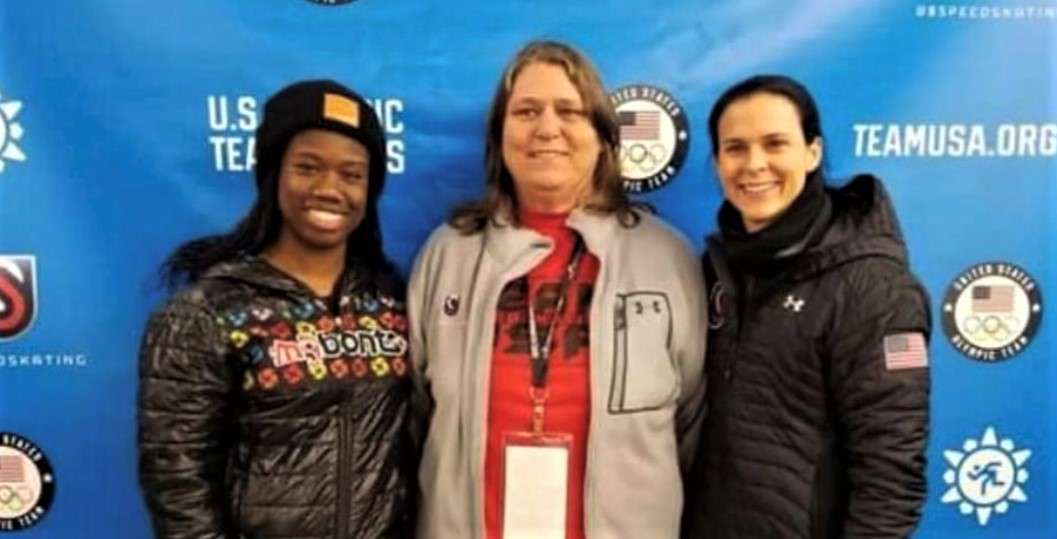 Ocala has more to brag about after Erin Jackson, last week, became the first Black woman to win Olympic gold in speed skating and her teammates Brittany Bowe and Joey Mantia won bronze medals in Beijing.

If you wonder how Ocala could have a reputation for champion ice skaters, it’s because they start out on wheels on Renee Hildebrand’s inline racing team.

She says Bowe began with inline skating in 1996, Mantia in 1995 and Jackson in 2002. Each of them found success as inline skaters and then made the transition to ice.

Before the Winter Olympics, Bowe, who is a friend and mentor to Jackson, had given up her own spot in the 500 meters so that Jackson could race after she stumbled in the U.S. trials.

“Not at all,” she said. ” Knowing Brittany as long as I have and knowing her mom, where she gets her fantastic attitude and just her morals and values from. … [T]o think of Erin not being allowed to go, after she had won so many World Cups and was the best, you know, ranked the best in the world.”

Hildebrand says Bowe saw that “it was bigger than her, it was about Team USA and about the best chance we have for a medal there.

The coach said they knew they had a chance for a third spot — and Bowe did get to race in the 500 meters. But sitting there waiting was no way for Jackson to prepare for the Olympics, Hildebrand said. “And I think Brittany giving it up also gave Erin another incentive to make sure she got that gold medal for both of them.”

The word to describe Joey Mantia

Asked for one word to describe Mantia, Hildebrand said “perseverance.”

“He has never taken a break from training,” she said. “I think when he had covid a couple years ago was the first time he’s been off for more than a few days of training. And that was only because he had to be.

For Jackson, the word is ‘intellectual’

“She’s like the smartest person I’ve ever coached,” Hildebrand said. “She analyzes everything. She wants to know why she’s doing things so she can understand them.

“She’s been the first person that could go out to the ice and figure out how to run a good start on ice skates as opposed to inlines. And I think that took her analytical brain for her to try to figure that out.

Hildebrand said she used to fight with Jackson and her mom over school work.

“She would go, leave early, come in late — “oh, I had homework” — and one of the only kids I’ve ever gotten mad that they were doing their homework. But as I got to know her, I realized that it wasn’t anyone pushing her except herself, that she’s very self-disciplined.”

“She’s just … the most amazing individual. I know I call her my hero all the time. And not because of skating. I mean, yes, because she’s gone the last 12 years and won almost every 1,000 meter race there was. That’s amazing.

“But what she did for Erin, she does things like that. I mean, she’s a kind-hearted person and thinks of other people before herself. And she’s just always amazed me with her ability and her personality.”

Tears for the winner

Hildebrand was at a watch part in Bradenton when Jackson won gold in the 500 meters. It was the second-to-last heat and heat had two skaters. So after her race, Jackson had secured at least  third place.

“I started crying,” Hildebrand said. “When she got the bronze, when she had only one pair left and she was at first, I was already crying. … And then, of course, I started crying more after she got the gold, and it was just amazing. And because of the kind of person she is, you just can’t be more happy for someone like her to achieve that kind of that kind of success.”