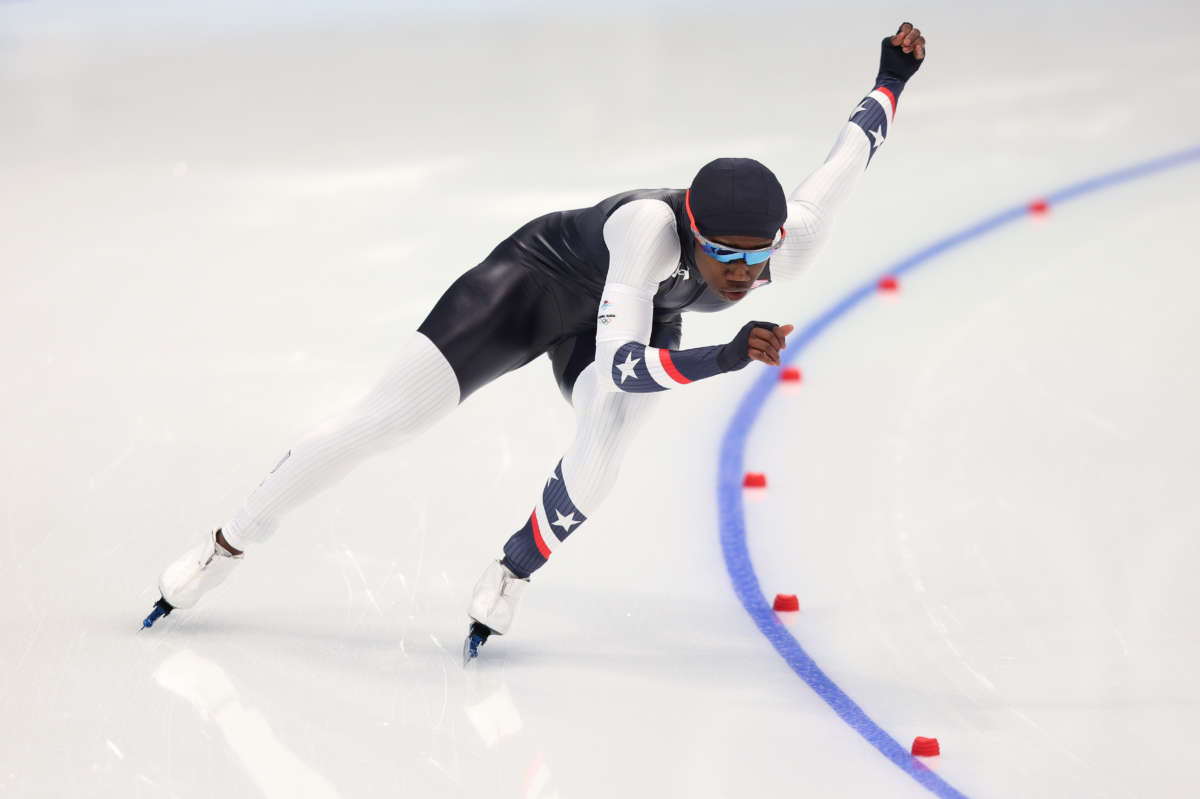 Erin Jackson skates to victory to win the gold medal during the Women's 500m on day nine of the Beijing 2022 Winter Olympic Games on Feb. 13, 2022 in Beijing.
Image credit: Richard Heathcote

Speed skater Erin Jackson, a native of Ocala, won a gold medal for the U.S. on Sunday in the women’s 500 meter, becoming the first Black woman to medal in speed skating at a winter Olympics.

The last time an American woman took home the top prize in the event was 1994.

“I wish I could describe how I feel, it is amazing,” she told the media after the race. “This medal means so much. It has been a tough couple of years and a tough beginning for this year. For this to come around like this, I am so happy.”

The victory almost didn’t happen. Jackson, 29, took third in the U.S. trials, the qualifying contest for the Olympics, and didn’t earn a chance to race in Beijing.

But her teammate Brittany Bowe — also from Ocala — decided to relinquish her spot in the 500 meter race to Jackson out of “the spirit of the Olympics.” Bowe reportedly said she had a better chance to medal in the 1,000 meter and 1,500 meter events and that Jackson deserved to compete.

In a karmic twist of fate, Bowe will end up competing in the 500m after all. The International Skating Union’s final reallocation of places granted a third sprint quota spot to the United States — which, naturally, went to the 33-year-old Bowe.

Jackson, who only took her first steps on the ice in 2016, previously competed in inline speed skating and roller derby.