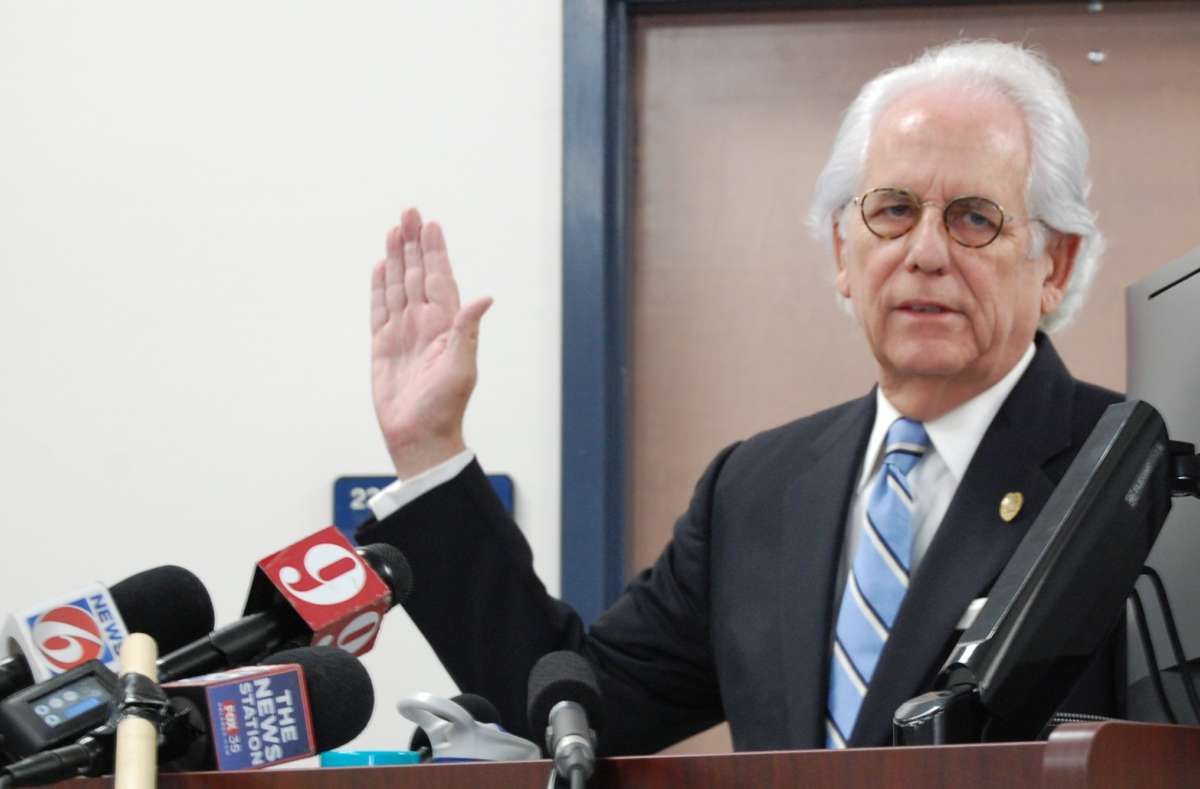 The mayor considers them unconstitutional. But he warned that the state could still crack down on businesses that violate them.

Gov. Ron DeSantis has ordered a step-by-step reopening to limit the spread of the coronavirus.

In Phase One, some businesses remain closed. Others must use safety measures and limit customers.

It’s hurting real people, Guinn said. “People that cry when I talk to them and tell me, ‘Mayor, I’m losing everything I had. I worked 30 years in my business and I never thought I’d come to this. I’m going out of business.'”

About 15 supporters attended the press conference and cheered his decision.

One of them, Chris Schweers, is co-owner of Ocala’s Downtown Diner. He said they’re already ignoring the governor’s orders.

“We’re going to go ahead and just make up our own mind,” he said. “So we are prepared to break that. I haven’t had a boss for 12 years. Unfortunately, the governor he’s no longer my boss, I guess is the way you could say that.”

The diner’s been open at a hundred percent for a while. But he said the customers have been slow to return.

Ocala Councilman Matt Wardell doesn’t think the mayor should pick and choose which laws to enforce. And he says those orders are the law.

He said DeSantis wants to reopen quickly, but in the right way, following the numbers and moving methodically.

“I trust that this isn’t going to be long, if things keep going the way they are,” Wardell said. “So, it concerns me that what is working is working and to deviate from that, you know, it is concerning, yeah.”

Wardell said his own workplace, the Reilly Arts Center, could be one of the last ones allowed to reopen.