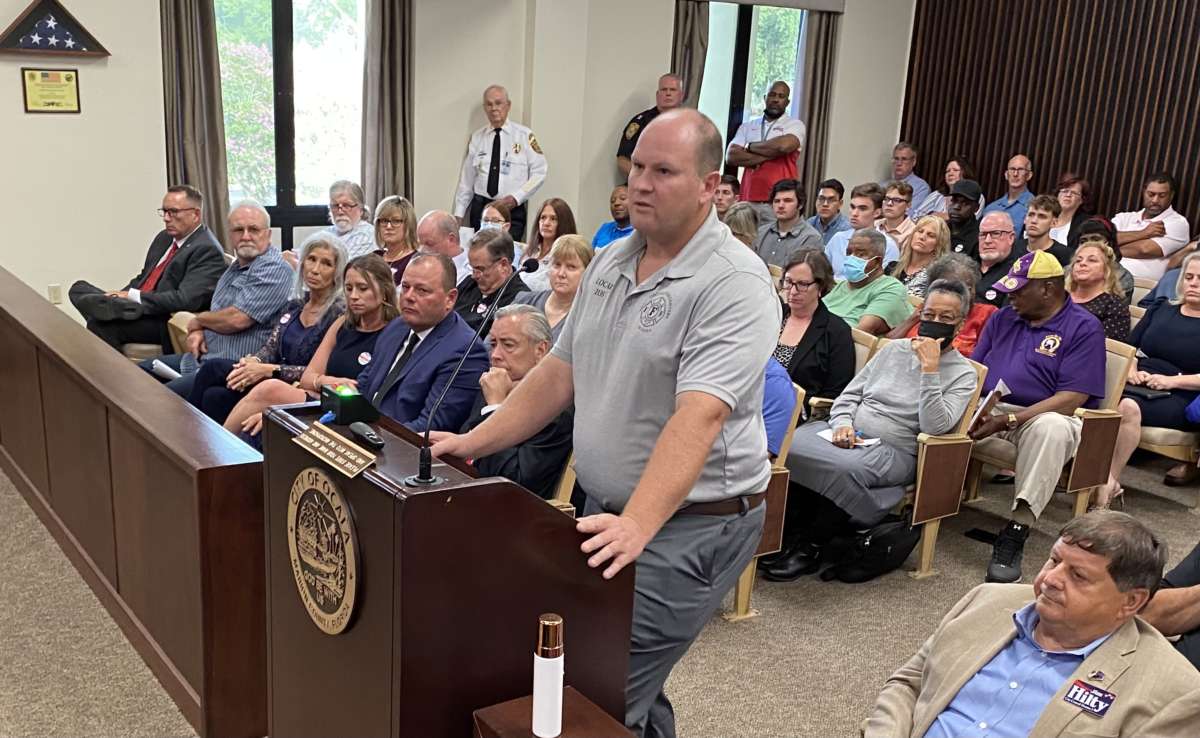 Ocala City Manager Sandra Wilson held onto her job by a single vote Tuesday night, days after she fired the fire chief.

More than 20 residents spoke in support of Wilson or the former chief.

The city manager fired Shane Alexander after reports that he was campaigning to replace city councilmen and secure the top job for himself. Four of the five council seats are up for election in September.

His lawyer called the allegations unfounded and the firing “a profound mistake for the city of Ocala.”

“A hundred and forty guys in the fire department love this guy,” he said. “They respect this guy and they want to work with this guy.”

But Jay Musleh and the others stood with her.

“What’s happened the last week,” Musleh said, “has broken my heart because I hate to see it. But at the end of the day, I am going to support our city manager.”