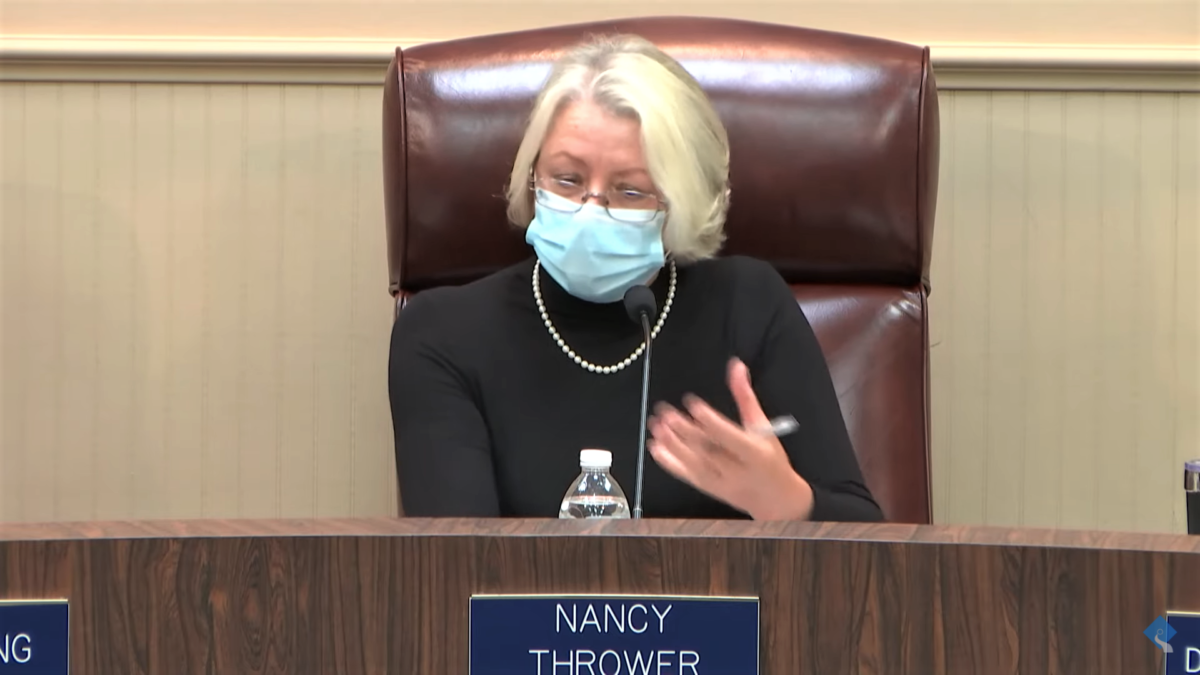 School Board Chair Nancy Thrower said the parade is "fantastic" but the board must focus on its mission of educating students and mitigating risk. Image: MCPS via YouTube

Ocala Christmas Parade organizers announced Thursday that a worsening pandemic and the Marion County School Board have caused the cancellation of this year’s event.

The Friends of the Christmas Parade won City Council approval on Tuesday. But on Wednesday the School Board declined a request by new member Allison Campbell to reconsider a decision pulling schools from all parades this year.

Chairwoman Nancy Thrower said the board’s mission is educating children and mitigating risks — that COVID-19 is still present and classes are still being disrupted.

Marion County Public Schools has been an ardent supporter of the Ocala Christmas Parade for over a half a century,” Thrower said. “And frankly it would have been very helpful to have been approached by the parade committee this year to more or less be let off the hook.”

In a statement, the parade committee cited the board’s, quote, “deleterious recent decision” along with rising positivity rates and higher expenses.