Obamacare Wins For The 3rd Time At The Supreme Court 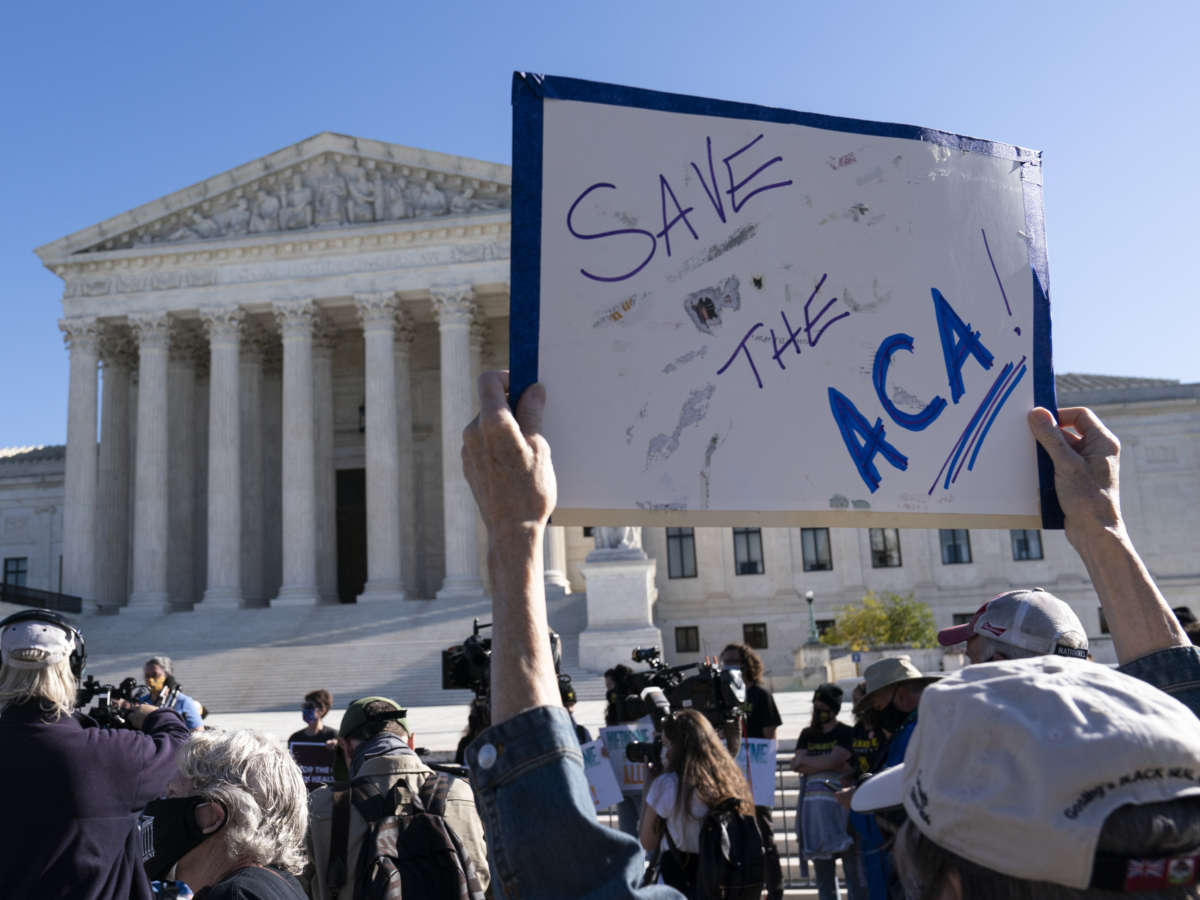 A demonstrator holds a sign in support of the Affordable Care Act in front of the U.S. Supreme Court last November. On Thursday, the justices did just that.
Image credit: Alex Brandon

The U.S. Supreme Court upheld the Affordable Care Act for the third time on Thursday, leaving in place the broad provisions of the law enacted by Congress in 201o. The vote was 7 to 2.

The decision threw out the challenge to the law on the grounds that Texas and other objecting GOP-dominated states were not required to pay anything under the mandate provision and thus had no standing to bring the challenge to court.

The mandate, the most controversial provision of the law, required that people either buy health insurance or pay a penalty. In 2012, it was upheld by a 5-4 vote, with Chief Justice John Roberts casting the decisive fifth vote, on the grounds that the penalty fell within the taxing power of Congress.

In 2017, Congress got rid of the penalty after the Congressional Budget Office concluded that the law would continue to function effectively without it. That prompted the challengers to go back to court, contending that because the penalty had been zeroed out, it was no longer a tax or a mandate. What’s more, they contended, because the mandate was so interwoven with the rest of the ACA, the whole law must be struck down.

Over 31 million Americans have access health insurance through the ACA — a record high since the law’s inception, the White House said last week. In addition, the Urban Institute reported in May that ACA premiums have gone down each of the last three years.

Many of the provisions of the ACA are now taken for granted. Up to 135 million people are covered by the ban on discrimination against those with preexisting conditions.

Young adults are now permitted to stay on their parents’ insurance until age 26; copays are not permitted for preventive care; and insurance companies can no longer put lifetime caps on benefits, are required to spend 80% of premiums on medical coverage and are barred from discrimination based on factors like gender.

In addition, Medicaid coverage was greatly expanded after all but a dozen states took advantage of the ACA to expand federally subsidized coverage under the program. Among those who have benefited are many who lost their health insurance when they lost their jobs in the COVID-19 pandemic.