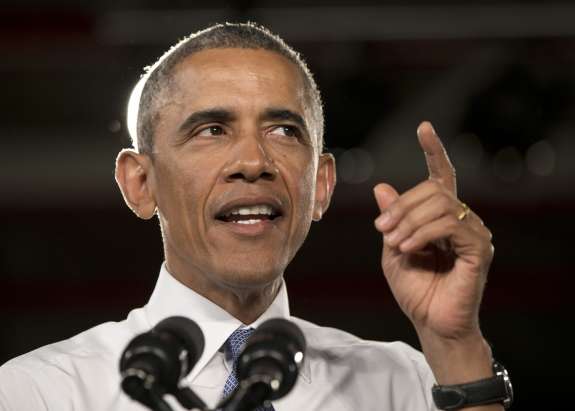 President Barack Obama signed an executive order today refocusing how the U.S. combats HIV and AIDS through 2020. It aims to reduce risky behaviors in young gay and bisexual men, and to get more people into treatment faster.

The plan calls for a focus on the southern United States. Florida in 2013 overtook California as the state with the most new HIV infections.

“We see 51 percent of new infections occurring in the southern U.S., and the disparities there are pretty stark,” said Douglas Brooks, the director of the White House Office of National AIDS policy.

The president’s new HIV AIDS plan guides how seven federal agencies, including Health and Human Services and the VA, will spend federal dollars. Specific implementation plans will be unveiled in December.

The U.S. spends more than $23 billion to combat the epidemic. The White House unveiled the first national HIV plan in 2010, with ambitious, measurable goals:

Reduce new HIV diagnoses, increase the number of youth with an undetectable HIV viral load, and reduce the death rate from AIDS.

There’s been positive progress on all those, and there’s been a drop in the number of women, heterosexuals and IV drug users contracting the disease.

But the White House has missed targets on getting people to stay in HIV treatment and reducing homelessness for those with HIV.  And the disproportionate impact on certain communities is getting worse, not better.

“But the epidemic among gay and bisexual men remains severe, with increases in new diagnosis, especially among young black gay men, where we see great disproportionate impact,” Brooks said.