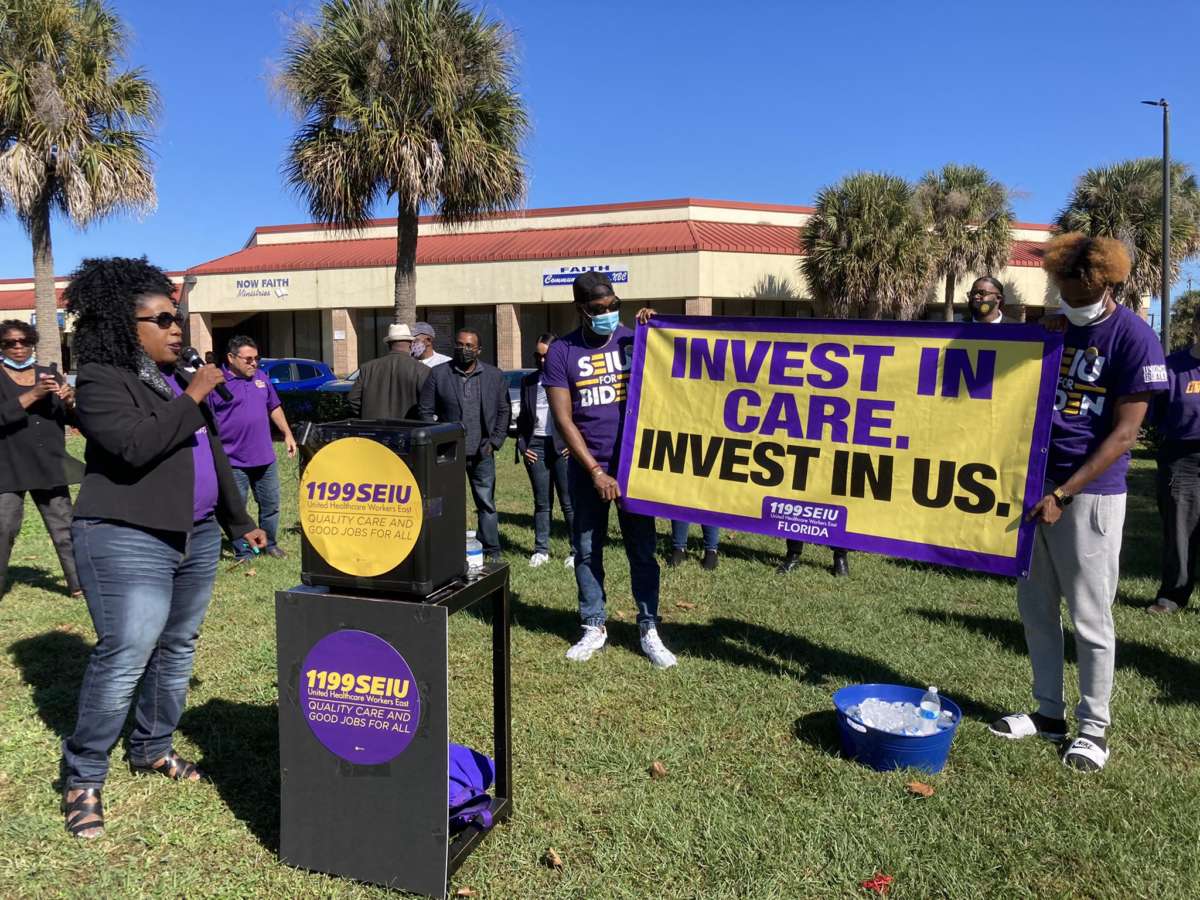 A bill introduced in the Florida Senate would drastically reduce the amount of licensed nursing care long-term care facilities would have to provide residents in the Sunshine State. One Central Florida union representing certified nursing assistants is sounding the alarm.
Right now, Florida nursing homes have to provide at least 3.6 hours of licensed nursing care per day along with 2.5 hours of care a day from a certified nursing assistant.

But if a bill filed by Republican Senator Ben Albritton becomes law, it would cut the time residents spend with licensed nurses down to one hour a day, and it would allow mental health therapists and other non-medical staff to fill the role of CNAs.

Kaydra Bonamy is a CNA at The Rehabilitation Center of Winter Park and a member of local SEIU 1199. Bonamy says she’s worried that residents will get hurt or even die if an untrained worker fills her place.

Albritton has said the bill, which doesn’t have a companion in the House, would help alleviate a statewide nursing home staffing shortage.

But Darell Butler who is a CNA at Oak Tree Healthcare in Daytona Beach says he isn’t so sure. Right now, many CNAs in the state make $10 to $11 dollars an hour and aren’t provided with healthcare or other benefits.

Those wages won’t attract or keep workers, he says.

“We can’t take care of our families already with what you’re paying us and now you want us to pay for our own healthcare expenses when we’re having health issues. We can’t afford all of it. So we are struggling.”

That’s why Butler and other CNAs say instead of SB 804, they’d prefer to simply be paid a fair wage, of at least $15 dollars an hour.

Even before the pandemic at the state’s 700 long-term care facilities, there was a care ratio of 1 trained nursing professional to about 20 patients.