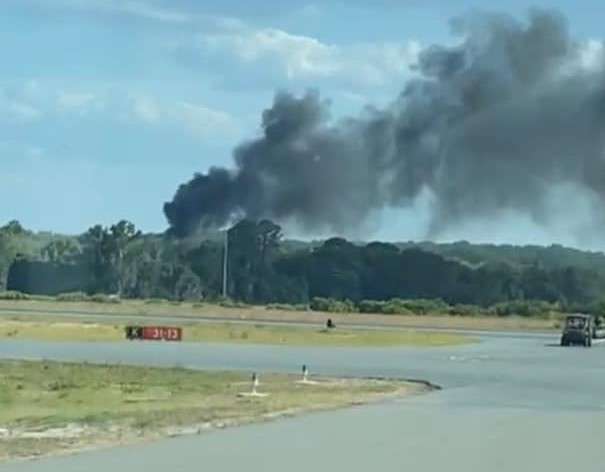 A National Transportation Safety Board spokesman says the firefighting helicopter that crashed in Leesburg Tuesday with four people on board was on a test flight for a new bucket water release system.

The Federal Aviation Administration says the helicopter lost control of the bucket, causing the rotor section to separate.

It crashed into a marshy wooded area and caught fire. A pilot and three passengers were believed to be on board but, as of Wednesday afternoon, only one body had been recovered.

Their names were not available.

The crash occurred around 4:30 p.m. near the Leesburg International Airport.

The NTSB will lead an investigation there for two to four days. Then a helicopter will move the wreckage to a secure location.

On Facebook, the Florida Forest Service posted condolences for the lost crew.

The agency praised their service and, quote, “the (peace) of mind they gave our firefighters when they arrived on scene.”