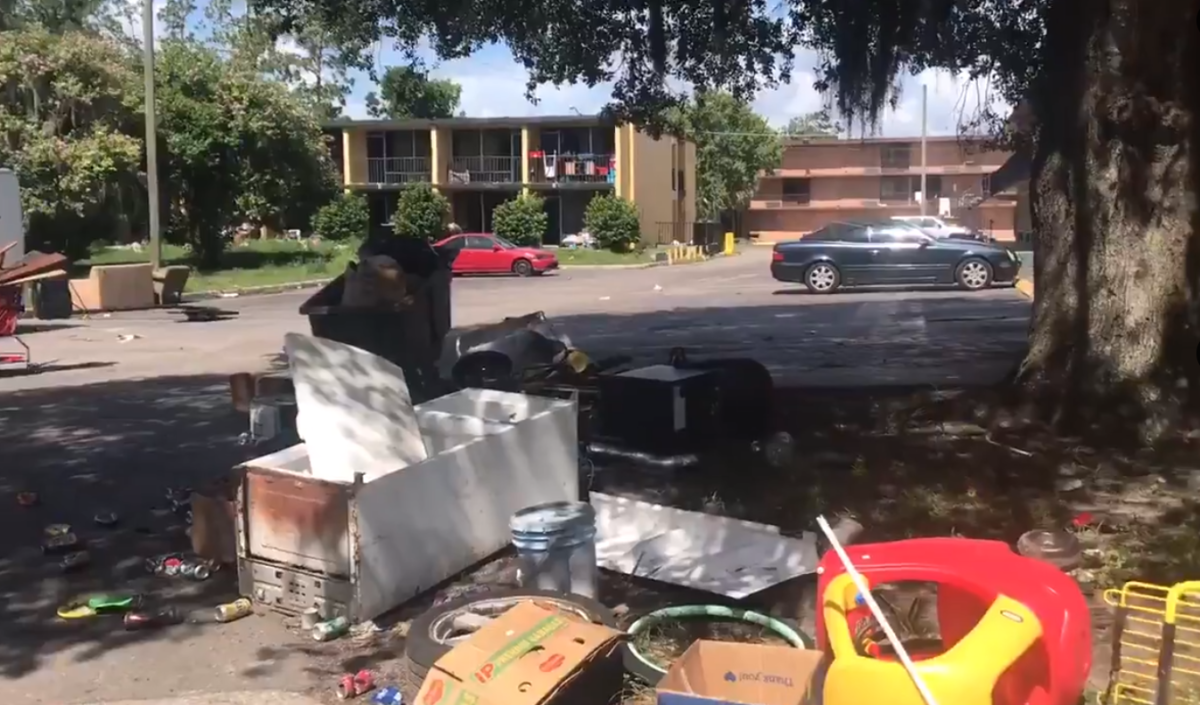 The Washington Post shone a spotlight on the Star Motel in Osceola County where residents are staying with no water or power. It’s not the first time a reporter has written about this motel or the issue of homelessness in Osceola County, but for now, nonprofits are working with residents to move them into into safer, cleaner accommodation.

On this episode of Intersection, we talk about how the pandemic and the recession is amplifying the housing crisis with Barbie Austria, founder of Kissimmee Poinciana Homeless Outreach; and Rev. Mary Lee Downey, executive director of the Community Hope Center in Kissimmee.

Austria said she’s been working with residents at the Star Motel and others in Kissimmee since 2015.

“Those motels are filled with homeless families,” said Austria.

“We do weekly food drops to several motels…And then we’ll do the [Christmas and Thanksgiving] events, but it’s a way of us reaching the parents and children.”

Austria said she started helping residents move out of the hotel in June, and last weekend staff from other non-profits joined in to help move out families with children.

“We signed everyone up [Sunday], so anything after the move? They’re just squatters. And I that’s where I think the county should step in and just start boarding up the rooms,” said Austria.

Austria said the pandemic has added to a homelessness problem that began with the 2008 recession when families ended up losing their homes to foreclosure.

“I’m tired of being told that there is no funding, there is no money to help with, you know, our work. We are very efficient. It’s just the lack of funding.”

“These families didn’t deserve to be abandoned like this.”

Mary Lee Downey said her organization has been working with families from the Star Motel to try and move them into permanent housing since 2012.

“It’s very hard to move people from hotels to homes because we have such a low inventory of affordable housing units in our community,” said Downey.

Downey said conditions at the Star have been getting worse since the pandemic, and although shifting the families into other hotels is just a temporary fix, “there’s no way that we could allow families to continue to live in those types of conditions. That completely unacceptable.”

She said landlords who abandon their property should be held to account.

“I think that that is a part of the story that no one is really discussing and talking about, but it’s a huge part of the problem in the sense that these families didn’t deserve to be abandoned like this.”

Downey said one option to increase the supply of affordable housing is rehabilitating hotels or motels.

“We’ve been exploring what it would look like to rehab some of those properties into some temporary shelter options, so trying to fit the gap, but also us doing some summary designing of the complexes to make them into a very low income affordable rentals,” said Downey.

“Obviously, the struggle with this is that the cost to do that is in the millions.”

“What we know is that affordable housing isn’t profitable. And so we have to find a way to incentivize people and to help people make this a priority.”