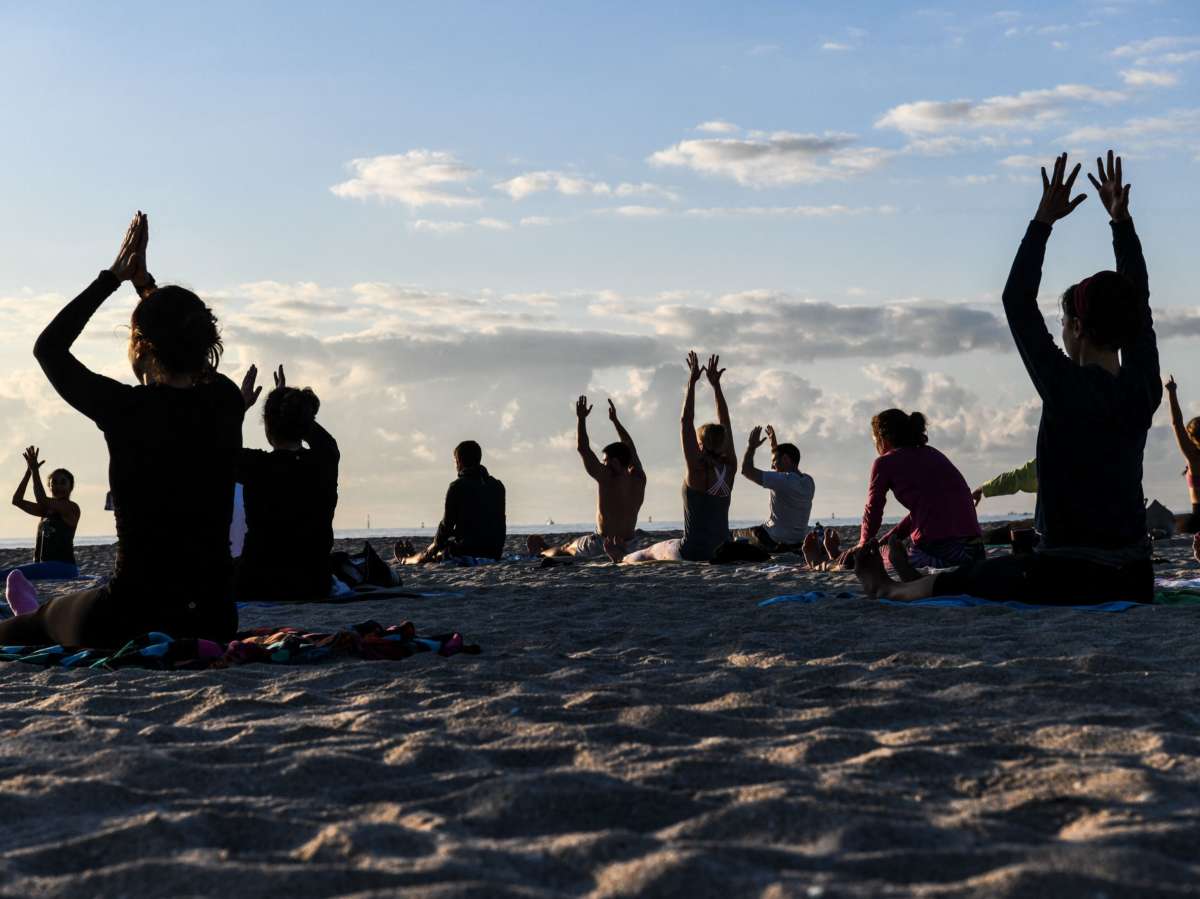 A group of people participate in a yoga session on the beach in Miami Beach, Fla., on March 23, 2021.
Image credit: Chandan Khanna

For many, yoga is a source of calm and healing.

Those who teach do so because they love the practice, often finding it spiritually rewarding.

But it’s also a business. And sometimes, a cutthroat one.

Eighteen years ago, when Justine Cohen opened the Down Under School of Yoga in Boston, she says poaching was rampant.

“Teachers walking in with clipboards and gathering names and then opening literally upstairs or next door,” says Cohen.

Soon after, she began using non-compete agreements to restrict where her teachers could teach, either while employed at Down Under or after. She saw the agreements as a way to professionalize an unregulated industry. They were part of her employment contracts until this spring, when she faced a backlash.

An open letter shined a light on non-competes

In May, more than two dozen former teachers of the Down Under School of Yoga posted an open letter to Facebook and Instagram. It described the limits that the studio’s contract put on teachers, restricting them from teaching at other yoga studios, fitness centers and private homes within several miles of Down Under’s three locations, while employed and for one year after leaving the studio.

Einat Peled-Katz, one of the teachers who signed the open letter, says yoga teachers may be especially susceptible to harm from non-competes, because they don’t view their practice as a business. She says they’re often reluctant to talk about fair treatment and compensation.

“There is this feeling like I don’t want to be the one that creates problems,” she says. “I should be able to make peace within myself and move on.”

Non-competes can be a headache for employers too

The White House estimates that tens of millions of workers are subject to non-competes, even in states like California where they’re banned. Biden has argued that they harm workers’ ability to seek better jobs and higher wages. They can also hurt employers.

When Callie and Hagana Kim opened Tuck Barre & Yoga in Philadelphia in 2017, they immediately discovered that almost every teacher they tried to hire had a non-compete.

It was especially true for barre, a workout that incorporates ballet, yoga and Pilates, but they also had problems hiring yoga teachers. They’ve since taken to training most of their own teachers.

Enforceable or not, non-competes serve as a deterrent

The Kims both happen to be lawyers. Callie used to negotiate non-compete provisions for corporate executives, the kind of highly-paid people who could take company secrets to a competitor.

But the non-competes they encountered in the yoga and barre world were too broad, they say, and ultimately unenforceable.

“The real crux of the issue is that you have to have a legitimate business interest that you are protecting,” says Callie Kim. “It cannot just be you don’t want competitors.”

Attorney Joy Einstein of Shulman Rogers does see a place for non-competes in the fitness space. Say you’ve invested a lot in the reputation of your studio, she says. To have someone swoop in and take all that investment to a new studio would be a huge blow.

But Cory Sterling, founder of the law practice Conscious Counsel, says 80% of the non-competes he sees in yoga and other wellness practices would not hold up in court, if it ever got there.

“What I want to tell all teachers is, non-competes are usually used as a scare tactic,” says Sterling.

A yoga studio changes its practice

In Boston, confronted with the open letter from her former teachers, Down Under owner Cohen responded with an apology and an acknowledgment that her employment agreement “feels punitive, overreaching, and contains clauses that make people afraid.”

She wrote to former teachers still bound by the non-compete and told them: It’s gone.

She then turned to her current teachers to rewrite the contract. They came up with a new system where teachers choose their level of commitment to the studio. Those who want to teach exclusively for Down Under have the opportunity to earn more money.

“Ninety-five percent of them actually picked the most committed level,” Cohen says, adding that with the new system, she no longer needs a non-compete. That chapter is over.