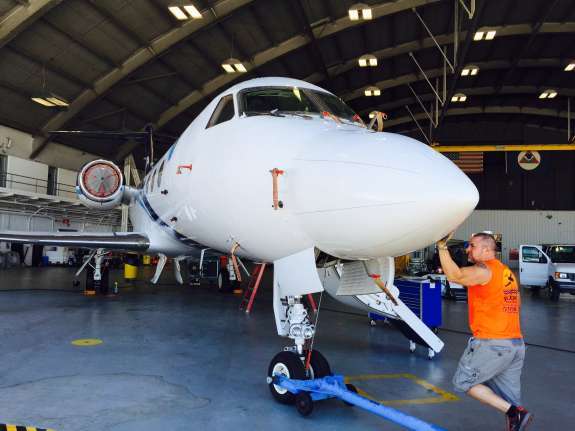 The planes that fly into hurricanes for the National Oceanic and Atmospheric Administration are leaving MacDill Air Force Base and headed to Lakeland.

The so-called hurricane hunters are planes that NOAA flies into storms to gather data like wind speed and storm rotation.

They’ve called Hanger 5 at the MacDill Air Force Base home for years. But NOAA’s Cpt. Michael Silah said the Air Force told them back in February that it needed Hanger 5 for a fleet of new military jets. Now NOAA’s fleet of nine aircraft and a staff of 110 are moving to the Lakeland Linder Regional Airport, where they will turn an existing hanger into a customized new home.

“I think it will be a better space for us because it’s going to be built for our workforce,” said Silah. “We’ve really talked a lot about building a space that’s going to better recruit the next generation of employees, and I have no doubt that when we move in that will become apparent.”

Silah said NOAA has to be out of MacDill by June 30th, and will start moving into its Lakeland home on May 1st.