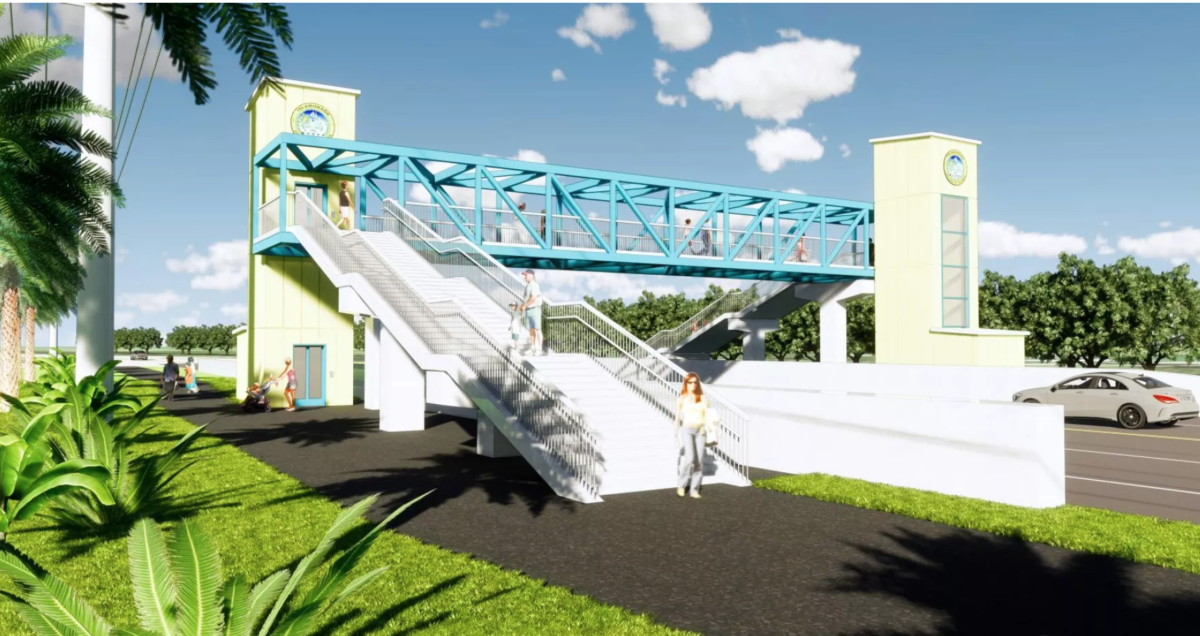 The Islamorada Village Council approved the pedestrian bridge in 2018 and work has begun, but a newly elected council said the village didn't want or need the bridge. Photo: FDOT

The state has already spent more than a million dollars on building the first pedestrian bridge over the Overseas Highway in the Keys. WLRN’s Nancy Klingener reports, the project has been scrapped.

Traffic along the Overseas Highway has been getting heavier and heavier in recent years. One of the chokepoints is in Islamorada, where the only road linking the Keys goes from four lanes to two.

The state proposed one way to speed up traffic and increase safety – a pedestrian bridge that would let people walk over the highway at Founders Park.

But there was a total turnover of the Village Council in November. Last month, the new council said the village didn’t want or need the pedestrian bridge. They sent a letter to the governor asking him to cancel the project.

Now the state has agreed – even though it’s already spent more than a million dollars moving water and power lines to accommodate the bridge.