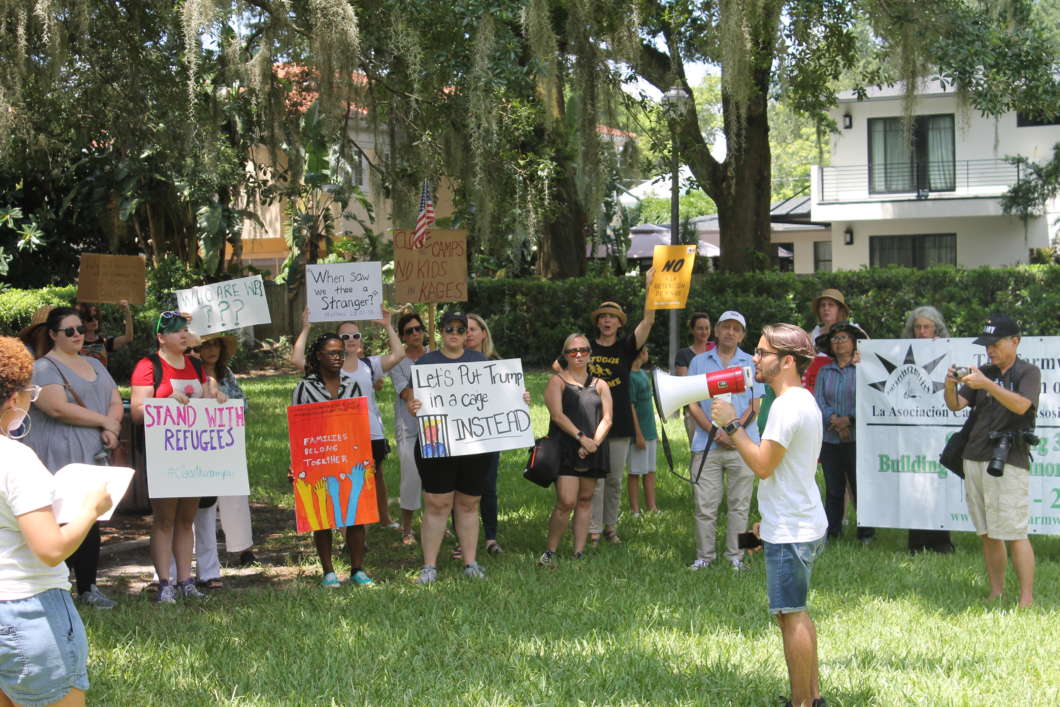 Locals shared stories of how immigration has affected them and their families. Photo by Jordyn Markhoff

Together the protesters chanted.

Some locals spoke of their experiences as immigrants, personalizing the issue.

Jeannie Economos of Orlando was part of the demonstration.

“We hope that there’s national outrage that will end this now, because no more children need to be suffering these kinds of conditions. It’s inhumane and it’s unworthy of our country to be treating children like this.”

The demonstration was among nearly a dozen across the state as Democratic congressional representatives visited a South Florida center that is the nation’s largest.

“I want us to remember that we’re guests on indigenous land. This land doesn’t belong to us and we don’t have the right to restrict who is here and who is not, and we need to build strong communities that include and embrace immigrants.”

Federal lawmakers have called for the detention centers to be shut down, because of what they describe as “prison-like” conditions for the children.