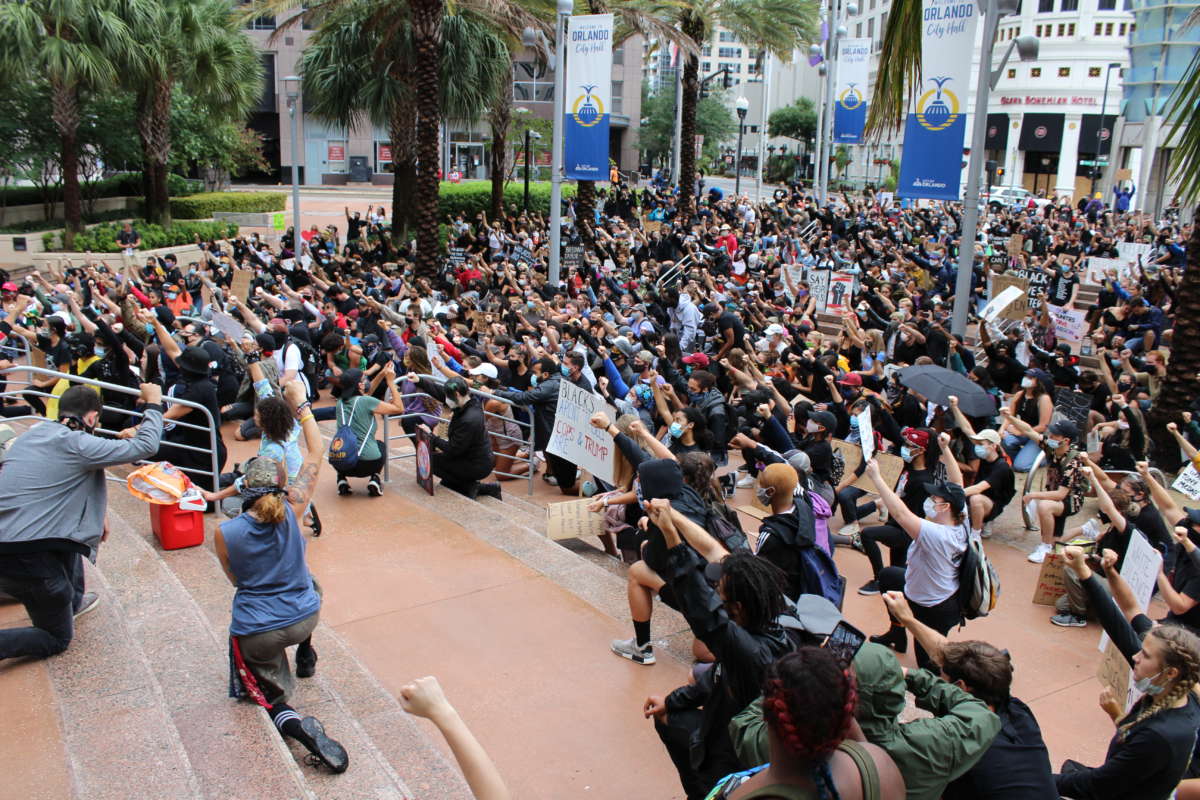 The Orlando Police Department says no one was arrested during protests in downtown Orlando over the weekend.

That’s after officers made more than a hundred arrests during the first week of protests over the death of George Floyd.

Last Friday, Saturday, and Sunday police made no arrests during demonstrations in downtown Orlando.

She says George Floyd’s killers have been arrested and Minneapolis leaders are talking about dismantling their city’s police department.

“We’re now seeing a lot of real change happening because of these peaceful protests so I think honestly that people are going to continue to try to keep them as peaceful as possible.”

Organizer Angela Herrera agrees. She said the movement redefining itself means this isn’t a one-off occurrence.

“Folks are getting the message that in order for us to seek change, in order for change to be made we must be peaceful. And approach the situation in an orderly fashion to let officers and let officials know that this is something that we’re going to continue fighting for.”

A 10 pm curfew remains in effect.

No protesters were harmed after tornadoes touched down in Orlando on Saturday.

Over the last week, our community has come together to speak out for change. I want to thank our residents for showing this country what unity and strength looks like. We must seize this moment and work together to enact real change.