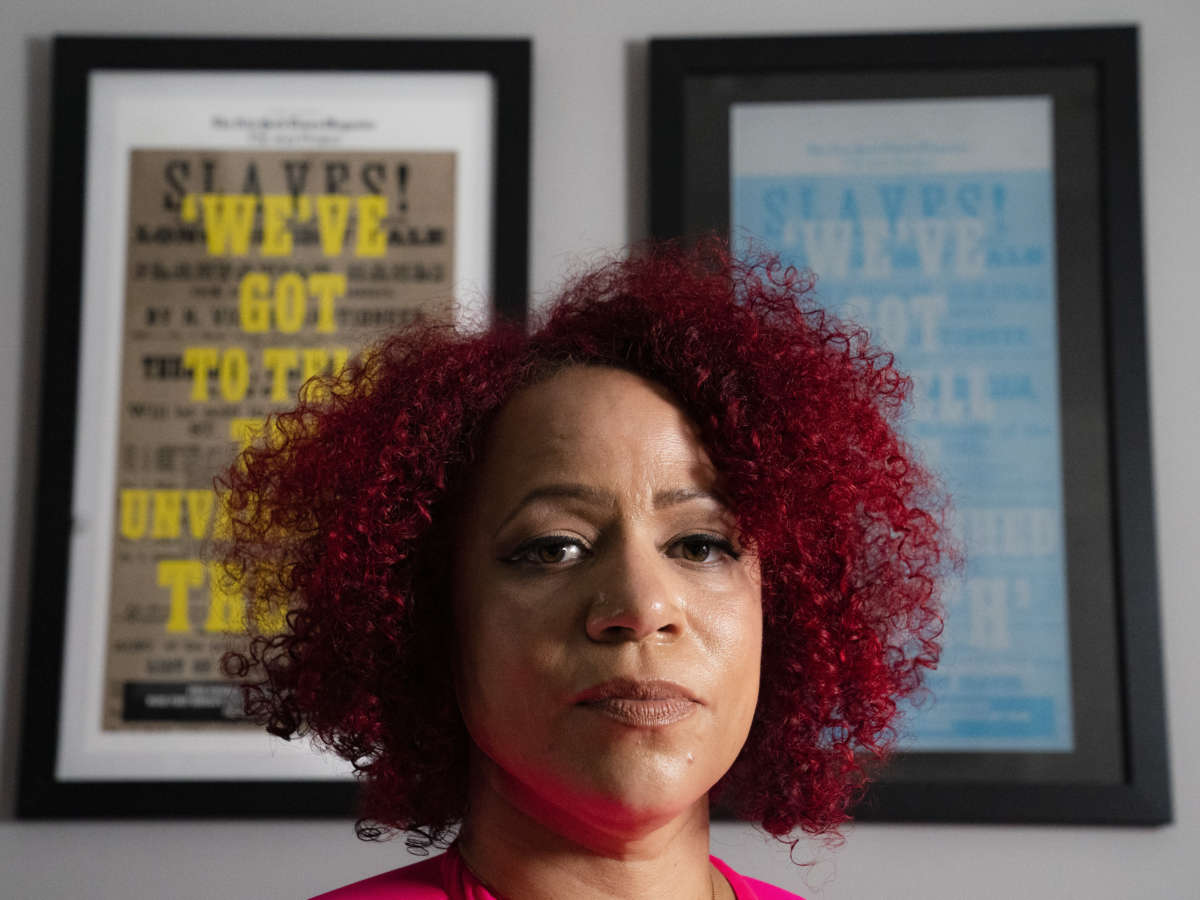 Nikole Hannah-Jones stands for a portrait at her home in Brooklyn on July 6, 2021. Hannah-Jones says she will not teach at the University of North Carolina at Chapel Hill following an extended fight over tenure.
Image credit: John Minchillo

When the Pulitzer Prize winning journalist Nikole Hannah-Jones announced last week that she was headed to Howard University, her decision ignited a conversation on the opportunity for Black academics to flip the script on taking their talents to predominantly white institutions.

Hannah-Jones, who created the 1619 Project at the New York Times, was originally offered a position at her alma mater, the University of North Carolina at Chapel Hill.

But amid a backlash from conservatives to the 1619 project and its focus on the legacy of slavery in the U.S. today, a messy and public drama soon unfolded. UNC denied Hannah-Jones tenure following opposition to the project — including from at least one donor — only to then vote in favor of it later.

In the aftermath of the tenure decision, Hannah-Jones announced she would not accept the position at UNC. Instead, she chose Howard University, where she will join with the newly hired Ta-Nehisi Coates, acclaimed author of Between the World and Me.

Hannah-Jones will hold a tenured position at the prestigious historically Black university in Washington, D.C., and work to establish a new Center for Journalism and Democracy. Both her position and Coates’ are being supported by $20 million in donations by the Ford, MacArthur and Knight foundations, as well as an anonymous donor.

“I really wanted to take my talents and the resources I could bring and bring them to an institution that was actually built for Black uplift and Black excellence, that wasn’t built in opposition to the work that I want to do and me as a human being,” Hannah-Jones told NPR’s Here and Now.

Her decision sent shock waves across academia. At historically black colleges and universities like Howard, it was celebrated as an important step towards redefining which schools should be considered among the nation’s most prestigious.

Joining faculty at a predominantly white institution like an Ivy League school might have been considered the “usual thinking,” Coates told NPR’s Morning Edition. Choosing Howard sets a different standard that no longer favors white spaces by default, he said.

“I think the usual thinking would have been to go somewhere, you know, that had a higher pedigree, you know? I’m going to go to Yale. I’m going to go to Princeton or whatever,” Coates said. “I think what Nikole is saying is that we have wealth and untapped wealth in our own communities.”

Still, for all the excitement generated by Hannah-Jones’ decision, smaller HBCUs across the country continue to face immense challenges with funding, which can make it difficult to replicate Howard’s ability to attract top talent.

Historically, HBCUs have had smaller endowments compared to predominantly white institutions, and their donations come in at a far lower rate as well. And despite the Biden administration’s emphasis on supporting HBCUs, including the roughly $3 billion set aside in the American Rescue Plan, the economic impacts from the pandemic on schools have been steep.

Walter Kimbrough, president of Dillard University, a private HBCU in New Orleans, says part of the problem comes down to donors and big foundations — like the ones that funded Hannah-Jones and Coates’ positions at Howard — not considering the range of HBCUs in the country, and instead just focusing on a select few.

“Sometimes I think we look at them like a monolith and they’re not,” he said, adding that corporations can’t just give to more recognized institutions like Howard, Spelman and Morehouse.

“Howard can’t be the proxy for all HBCUs,” he said.

Hannah-Jones may have created a new blueprint

Despite challenges with funding, Kimbrough hopes Hannah-Jones’ move to Howard provides a “blueprint” for other Black academics to make the same steps at HBCUs all over the country, and uplift Black institutions and students.

“This brings the attention for other public intellectuals like Nikole Hannah-Jones. She’s given them the blueprint to say, ‘Don’t write another essay about how tough it is being a Black academic in a white space. Use your leverage, go to foundations, you get your money and you take it to an HBCU.'”

And when it comes to donations and funds from bigger corporations and individuals, he emphasizes the need to broaden which schools are being considered.

“The next phase is how do we get to a next layer of institutions that are really doing a lot of really good work that people might not know about and start to support them,” he said.

It’s a sentiment shared by Coates.

“Howard takes up a lot of oxygen. But I really, really hope people remember that we are not the only HBCU. Not only are we not, we cannot be the only HBCU. It’s just not possible nor desirable,” Coates told NPR.

“I hope we are keeping the institution of HBCUs at large in mind and not just focusing on one thing.”