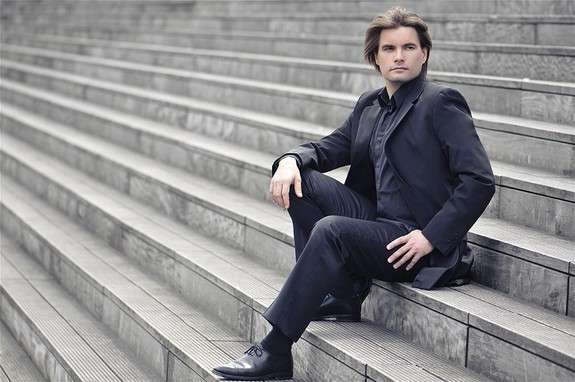 When composer Philip Glass was 15 and working as the classical buyer in the family record store, he ordered four copies of the complete Schoenberg string quartets, to his father’s dismay. But rather than send them back, he shelved them. It took seven years to sell all four sets, but Glass learned his father’s lesson: “I can sell anything if I have enough time.”

That same expansive sense of time can be found in pianist Nicolas Horvath’s approach to Philip Glass’s music.

Starting at noon on Sunday, September 6, Horvath will perform Glass Worlds, an epic solo recital consisting of every note Glass has written for the piano – as well as homages to Glass from more than a dozen American composers.

The show is expected to last 10 hours, and Horvath will perform nonstop, with nothing more to sustain him than eyedrops every few hours and perhaps a sip of Red Bull.

The concert takes place at the Timucua White House on South Summerlin Avenue, and is free to the public. It may be an endurance test for Horvath, but the audience is welcome to come and go quietly. Whether they stay from beginning to end or dip in and out, witnessing this musical marathon is a once in a lifetime opportunity.