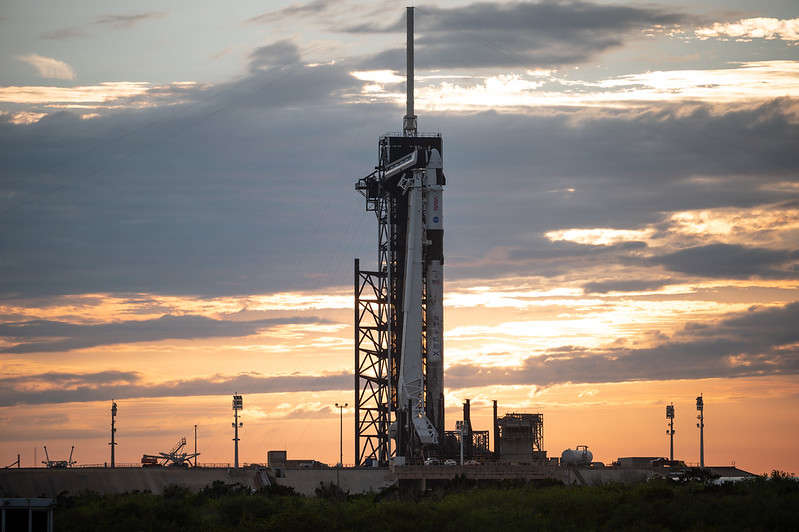 A SpaceX Falcon 9 rocket with the company's Crew Dragon spacecraft onboard is seen at sunset on the launch pad at Launch Complex 39A as preparations continue for the Crew-2 mission. Photo: NASA

The next launch of four astronauts from Kennedy Space Center has been delayed a day.

Crew-2, the mission to launch four astronauts to the International Space Station on SpaceX’s Falcon 9 rocket and Dragon capsule, is now targeting a launch Friday at 5:49 a.m. ET.

Weather on Friday is better for launch, with a 90 percent chance of favorable weather at the launch site and the primary concern is liftoff winds. NASA said conditions are expected to improve along the flight path and recovery area.

Following launch Friday, the crew is expected to dock to the space station Saturday at 5:10 a.m. ET.

Once launched, this mission will be the third crewed launch from U.S. soil in under 12 months.