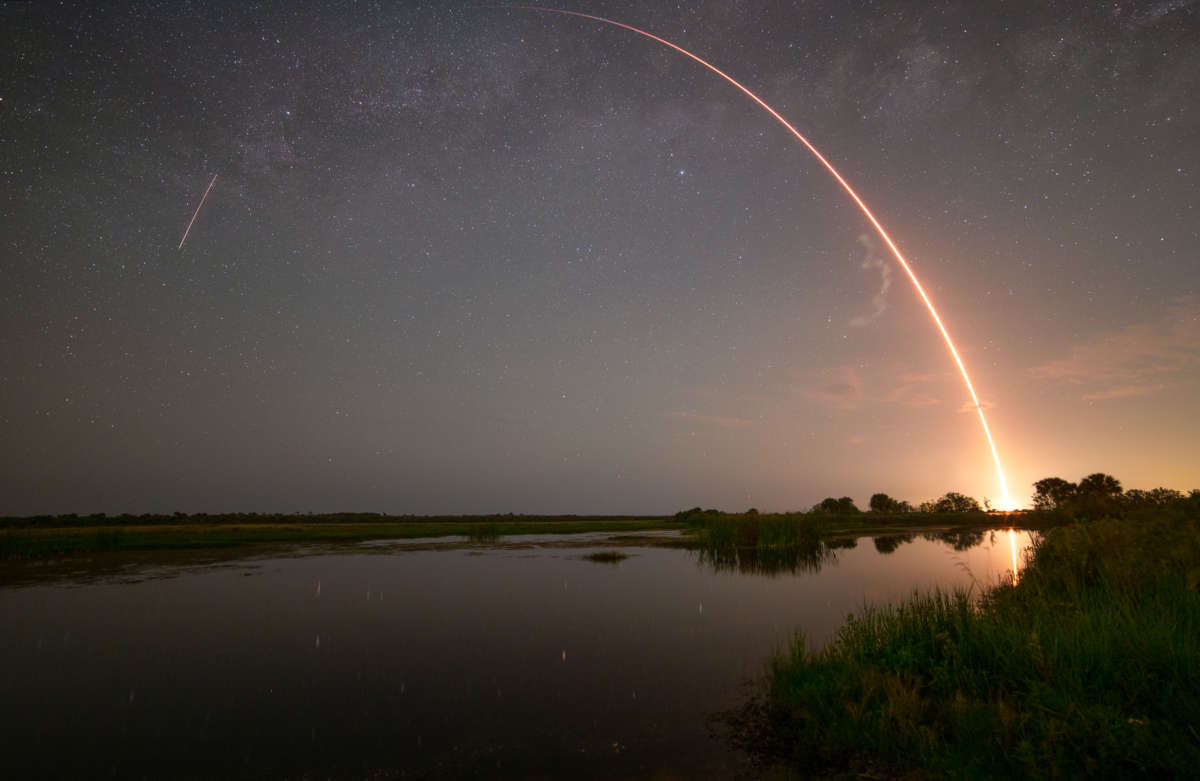 Three astronauts from NASA and one from the European space agency are making the 16-hour trip to the station in SpaceX’s Crew Dragon spacecraft. The crew will dock to the station at 8:15 p.m. EDT.

This mission flew a new SpaceX Crew Dragon capsule that the crew named ‘Freedom’ to honor the ‘human spirit of exploration’ and also the first U.S. human spaceflight in 1961 when Alan Shepard flew a Mercury capsule called Freedom 7. This is the fourth and likely last reusable capsule SpaceX plans to produce.

Once they arrive at the station, they’ll spend close to half a year aboard the station, conducting science experiments and performing maintenance on the orbiting lab.

For one of the astronauts, Jessica Watkins, it’s a history-making mission, becoming the first Black female astronaut assigned to a long-duration mission on the station.

There are currently seven astronauts on the I.S.S. now – including four from NASA’s last mission. They are due to return to Earth next week.

This is SpaceX’s fifth astronaut mission for NASA and comes just days after the company returned a crew of all private passengers who spent about two weeks on the I.S.S.