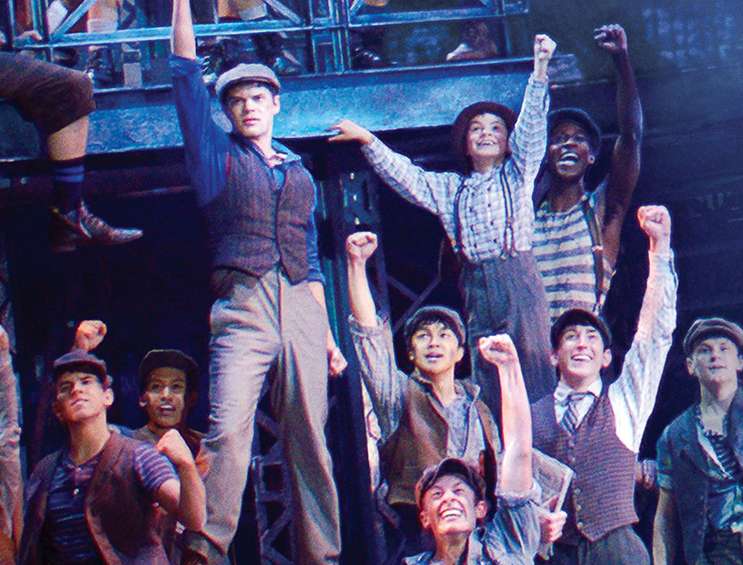 Newsies the Broadway musical was filmed and is now being shown across the country. Set in New York City at the turn of the century, Newsies is about a ragged band of teenage newspaper salesmen who, when forced to bear the brunt of publishing titans Joseph Pulitzer and William Randolph Hearst distribution price hikes, fight back! They all die like in Les Mis but hey they tried. The showing of the filmed musical is Saturday at 1 at Waterford Lakes 20, Winter Park Village 20 and Oviedo Mall Stadium 22. For tickets go to fathomevents.com

In the American speakeasies of the 1930s, young lovers Romeo and Juliet are caught in turf wars as the Montague and Capulet families vie for control of the clubs, the distribution of alcohol and ownership of the American Dream. They all die like in Les Mis but hey they tried. The show runs Saturday at UCF School of Theatre. For tickets go to theatre.ucf.edu

Rooms and rooms of antique furniture, dishes, jewelry and more from dealers all over the US await you at the Antiques Vintage and Garden Show all day Saturday and Sunday at Orlando Museum of Art. For tickets go to omart.org

Rooms and rooms of home improvement ideas, kitchen sinks and bathroom sinks from dealers all over the US await you at the Orlando Home and Garden Show all day Saturday and Sunday at the Orange County Convention Center.

And as always, Orlando is wonderful.