New York Gov. Cuomo Reports A Drop In Number Of Deaths, But Warns It May Be A ‘Blip’ 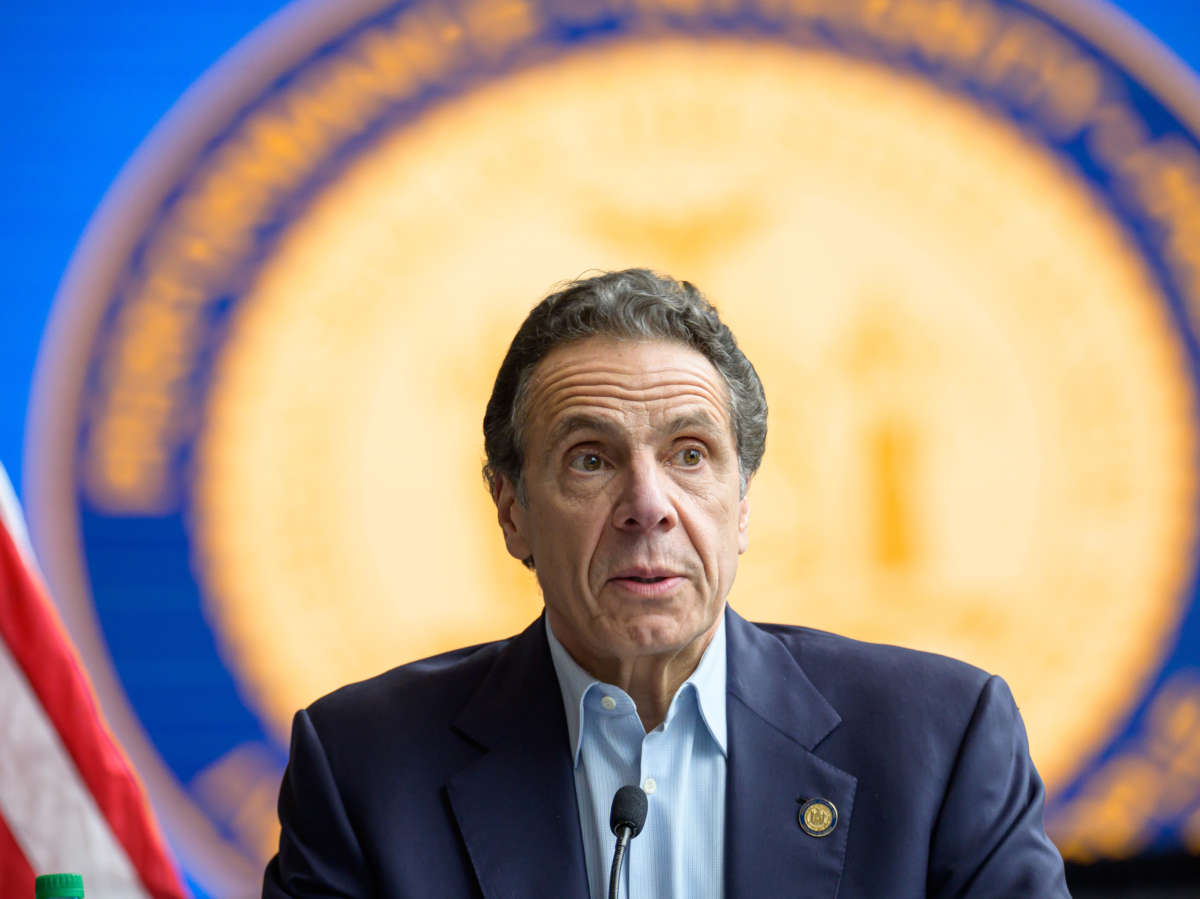 Following the arrival in New York City of the U.S. Naval hospital ship Comfort, N.Y. Gov. Andrew Cuomo is seen during a press conference on March 30 at the field hospital site at the Javits Center.
Image credit: Albin Lohr-Jones

New York Gov. Andrew Cuomo announced on Sunday that for the first time in days, the state has seen the daily number of deaths, hospitalizations and intubations as a result of COVID-19 decrease. More patients are also being discharged from hospitals.

“There’s something a little bit different in the data today,” Cuomo said, as state officials reported 594 new deaths on Sunday, down from 630 on Saturday.

The governor stressed it was still too early to tell if what that means for the long term. “We’re not really a hundred percent sure what the significance is, as we’re feeling our way through this.” It’s possible, he cautioned, that the drop me simply be a “blip.”

New York has become the epicenter of the battle against the coronavirus in the United States, with more than 122,000 cases in the state and 4,159 deaths. The scale of the crisis and Cuomo’s handling of it has pushed him to the fore as one of the leading voices during the crisis, often talking not just to New Yorkers, but to the nation as well.

“You’re seeing the narrative unfold, right? We’re all watching a movie, we’re waiting to see what the next scene is, and as the movie unfolds, you start to see the story better and better,” he said.

Gov. Cuomo acknowledged that the health care system in the state is being pushed to its absolute limit. He said that his team has been coordinating all the hospitals in New York to share supplies and staff as needs arise, in a move he called “surge and flex.”

“The only way we can make this work is if we flex the system so that we take all hospitals, all hospital networks … and we work together as one system, which has never been done,” Cuomo said.

He said he thought a similar program would have to be implemented for the country.

“It’s not an exercise. It’s not a drill. It’s just a statement of reality. You’re going to have to shift, and deploy resources to different locations based on the need of that location,” he said. “Everybody says this is war time. It is a war and the virus is the enemy.”

Cuomo said that Oregon had already done just that, making an unsolicited donation of 140 ventilators to New York in recent days, a move that he praised again today. He said that once New York had recovered, he would ready resources in the state to deploy them to the next hardest hit areas in the country.

“Nobody can handle this alone,” he said. “This virus will overwhelm the resources of any single community.”