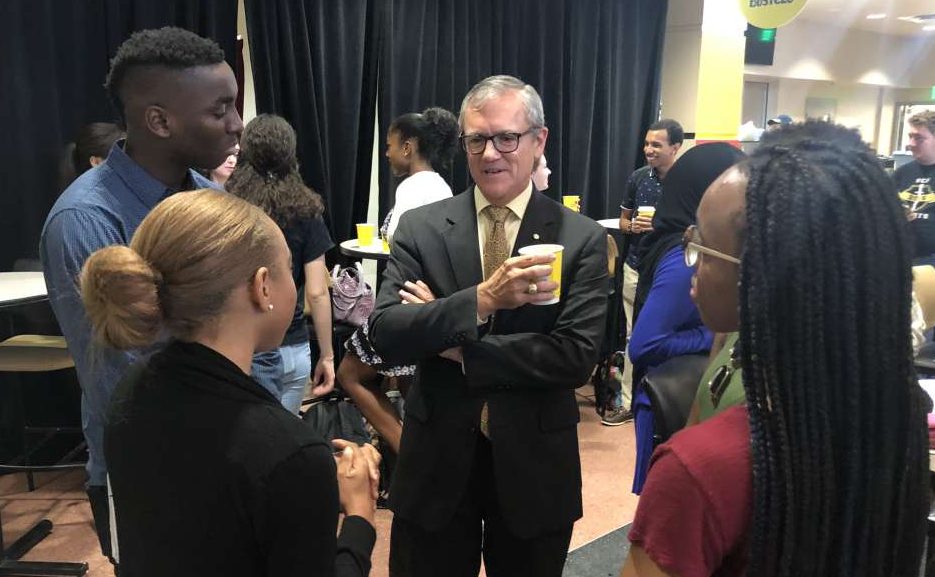 Dale Whittaker started his first day as UCF’s fifth president Monday by having coffee with students in the union. Whittaker was formerly UCF provost and executive vice president.

He is succeeding President John C. Hitt, who held the position for the last 26 years.

Whittaker said he will continue to uphold the values instilled by Hitt, while also creating a legacy of his own.

The new president said the university’s growth will be the focal point of his new position. He cited the university’s rising athletics program and the new downtown expansion as projects that will lay tracks for UCF’s future.