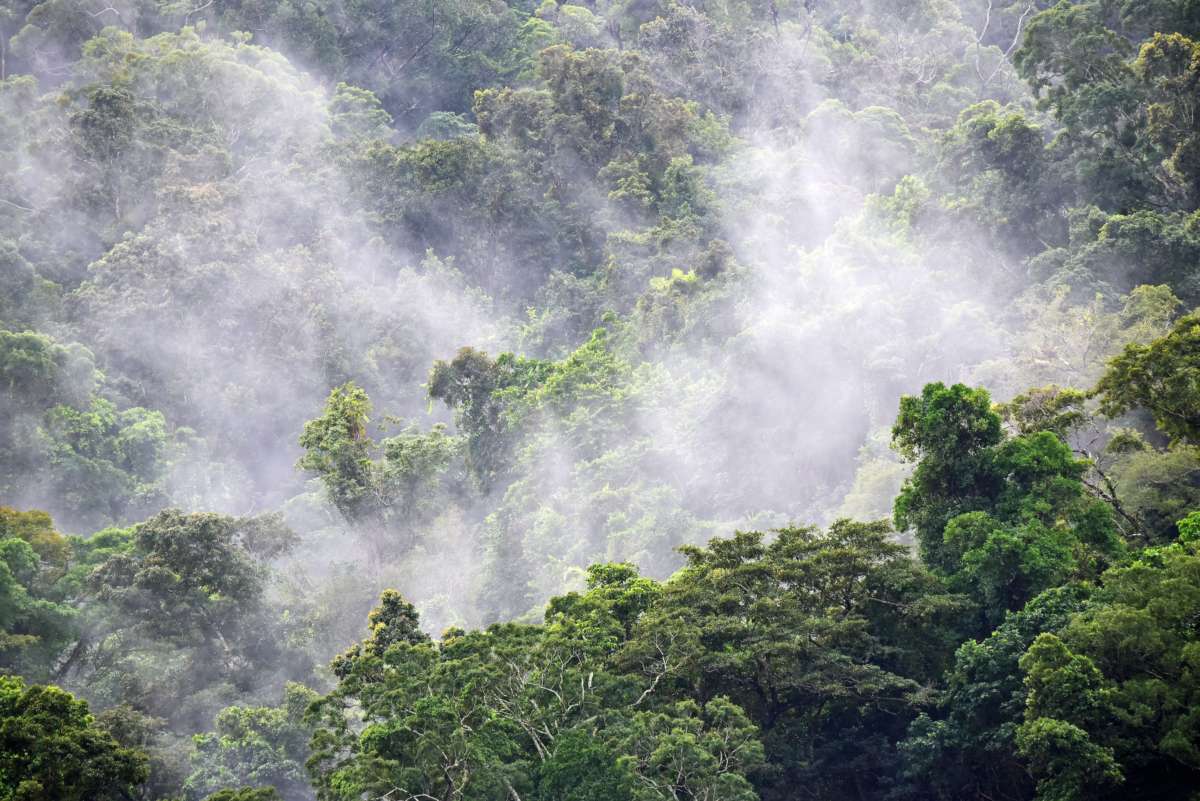 Over the past two decades, scientists have suggested that deforestation increases the chances that viruses and other pathogens will jump from wild animals to humans.

A new study from Stanford University shows how the loss of tropical forest in Uganda, can put people in contact with wild animals and the viruses they carry.

WLRN spoke with Sadie Ryan, an associate professor of medical geography at the University of Florida. She did not participate in the Stanford study, but her research has taken her to Uganda, Latin America and Florida to look at disease links between animals and people. She talks about what we can learn from these studies now that we’re living in a pandemic.

The following conversation has been edited for length and clarity.

SADIE RYAN: It’s a study of how your health responds to where you are and where you are encompasses your environment, your social interactions, your climate and the time you’re in.

How does the virus jump from an animal to a human?

A jump can happen where we have people and forest edges. Obviously, the first contact is with animals in the woods. There may be viruses circulating between vectors such as mosquitoes and the mammals in those forests. Then, you have people who become part of that cycle by either being bitten by those mosquitoes and ticks or more directly contacting those mammals through blood contact or a viral particle contact, such as we see with respiratory diseases.

This study focused on Uganda, which can seem pretty far away and maybe not so relevant to South Florida, but that’s actually not the case. As we’ve seen, viruses do have the ability to travel. For example, the Zika virus did not originate here but did become an issue in South Florida. Can you explain how viruses travel around the world?

What does this tell us about the new coronavirus?

Well, we know that the coronavirus that we’re currently seeing comes from animals. That means we’ve got to consider all sources of viral outbreaks. And remember that includes not just thinking about the wildlife trade, but we think about things like mining in Central and South America. We see different patterns of deforestation in different forested environments. And that may be one kind of human-to-animal or human-to-vector contact.

Where does Florida, or more specifically South Florida, fit into all of this, given our tropical climate and even our travel industry?

We have a fair number of people coming and going from Florida. We’re very connected in the modern world. Although right now, obviously, with social distancing and lockdowns we’re less so. We know a lot of the economy is based on hospitality and tourism. We also have a lot of traffic between Florida and Central and South America, just due to proximity.

That means our capacity to pick up diseases that come in via travel cases is pretty high. We have a tropical climate and that makes it very easy for tropical diseases from other places to establish because we have this wonderful natural environment of the Everglades. And we’ve seen multiple viral diseases come from there.

We’ve seen things like Triple E virus. That is people coming into contact with what is essentially a cycle of a mosquito-borne virus in birds. And while we’re a dead-end host, that is to say we don’t amplify sufficient viruses to keep an ongoing outbreak, it’s still very scary when we see those cases because they are so severe and they lead to mortality events.

It’s not necessarily that the Everglades is a dangerous place. It’s that we are converting the environment and putting houses near natural environments and so we’re really creating a situation where we could see more disease emergence.