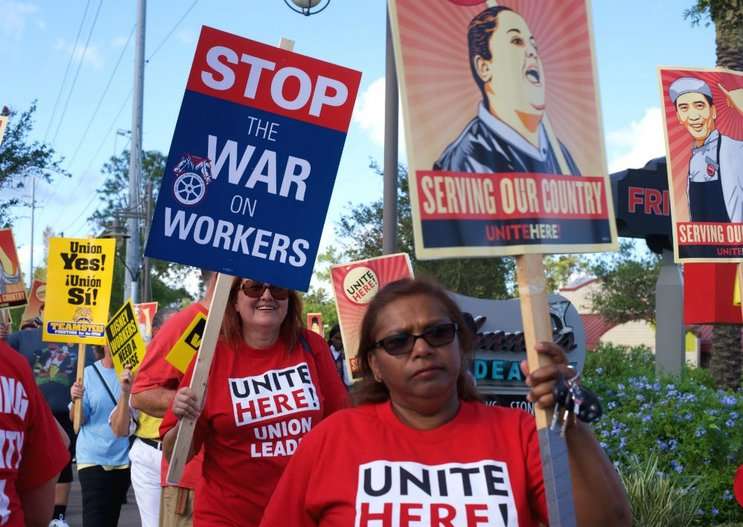 Surprising no one who has worked for chump change in Florida’s billion-dollar tourism industry, a new study ranks the state toward the bottom in Oxfam America’s “Best States to Work” index as 37th in the nation.

The report from the anti-poverty organization also noted that municipal governments in the Sunshine State don’t have the ability to raise the local minimum wage. Florida does mandate equal pay across gender and race and provides some form of sexual harassment protection. But the state lacks in key protections, like paid family family, paid sick leave, protections for workplace breastfeeding and fair scheduling.

The state also has “right-to-work” laws that bans employers and unions from requiring workers to participate or pay into unions and prohibits public employees from going on strike.

Why are Florida’s stances on labor important? Oxfam America says states with higher index scores, like California and Washington, have longer life expectancy rate, lower infant mortality rates and higher rates of median income. The federal minimum wage hasn’t been raised by lawmakers in a decade. Oxfam America says “In this eroding climate, states are making moves to keep workers and their families out of poverty, and to give them a decent chance.”