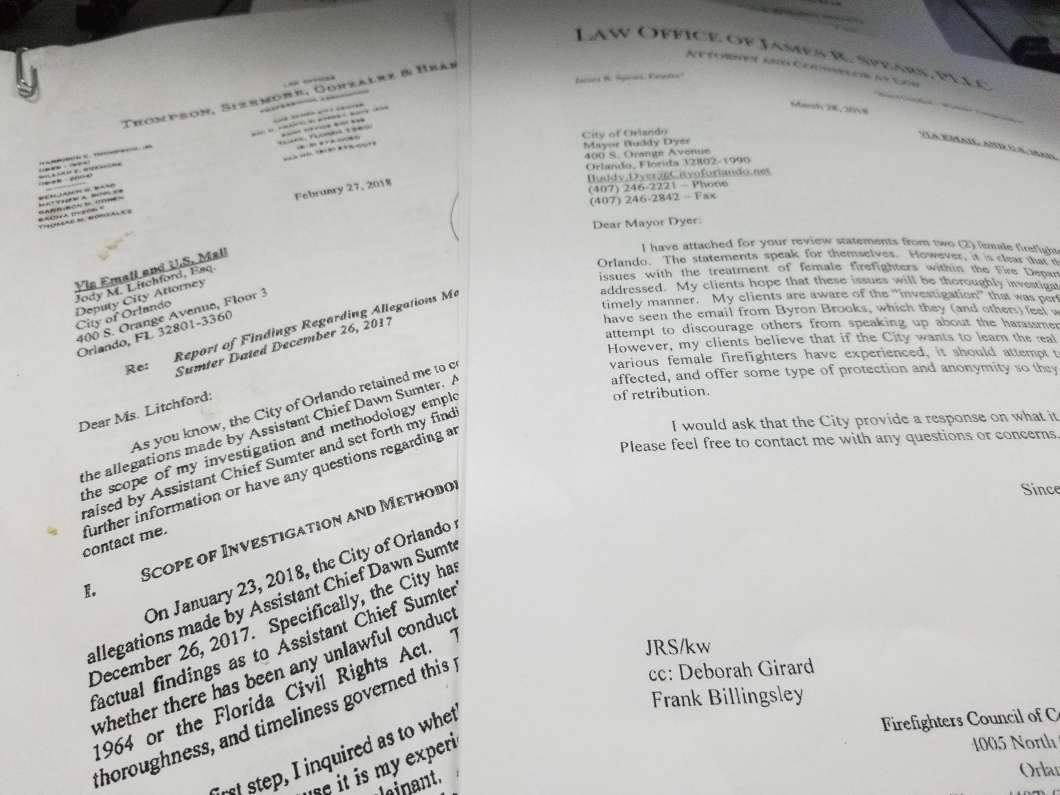 Two more Orlando firefighters are claiming Fire Chief Roderick Williams sexually harassed them. This comes on the heels of an investigation into harassment and discrimination at the Orlando Fire Department.

That investigation centered on allegations made by a female assistant fire chief. She alleged she has been unfairly passed up for promotion. And that Chief Williams hugged her and pressed his body against hers and would make comments including “you are so sexy.”

The City of Orlando hired a Tampa law firm to investigate. The final report found the allegations to be unsubstantiated and cleared the chief. At the end of March, two other female firefighters sent complaint letters to the city saying the chief also made sexual remarks to them. The women wrote they are choosing to remain anonymous for now, for fear of retaliation.

“They wanted to place the city on notice of these issues and give them the opportunity to do the right thing and investigate the matter and provide some type of response, and based on what they do, or [what] they do not do, my clients will decide what action if any, they want to take from there,” said Spears.

The city said it received the letters. In a statement, the city said anonymous complaints severely limit its ability to investigate and take action.

The city wrote its committed to ensuring a workplace that is safe for all and will not tolerate harassment or any other form of discrimination or abuse.