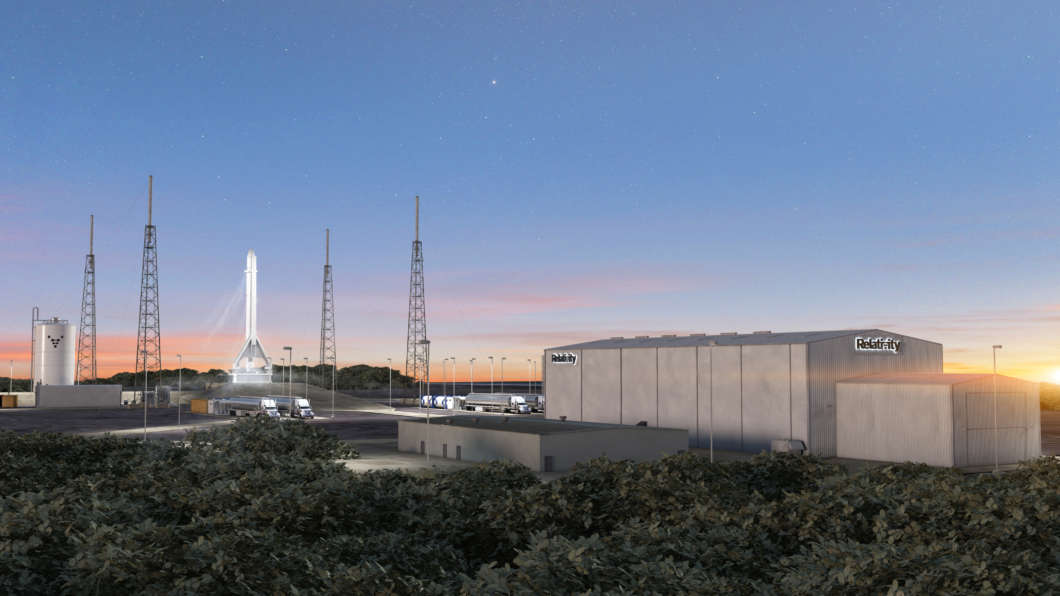 A 3D printed rocket is launching from Florida’s Space Coast.

Private space company Relativity announced a deal with the Air Force to assemble and launch rockets from Cape Canaveral. The company 3D prints its rocket parts and plans the first orbital test launch of its rocket by as early as next year.

Relativity inked a five-year “multi-user” agreement with the Air Force . If the company meets certain criteria, it can option for a 20-year exclusive contract to utilize Cape Canaveral’s Launch Complex 16.

“Having the rare path toward an exclusive-use agreement at LC-16 ensures our satellite customers will have access to far more schedule certainty, and enables us to execute more frequent launches,” said CEO Tim Ellis.

Relativity can send small payloads into space, up to about a ton of cargo. As technology advances, satellite technology is getting smaller said Space policy analyst and director of program planning at Secure World Foundation Brian Weeden.

“That in turn has prompted a real surge in a lot of new companies looking to offer new launch services for small satellite,” said Weeden.

Relativity is backed by private investors like Mark Cuban. The launch site will be the company’s first, and there’s advantages to using a former launch pad instead of building a brand new one. LC-16 was previously used to launch Titan missiles and supported NASA’s Gemini and Apollo program.

“There may already be existing infrastructure like concrete pads and towers and everything else you need for launching,” said Weeden. “It does make sense to look for existing launch pads as a starting point.”

The company will manufacture its rockets using a 3D printing process in Los Angeles and then ship the parts to the Cape for assembly and launch.

“We will be preparing LC-16 for launch including building a payload processing facility, propellant loading, lightning protection towers and more,” said Ellis.

Another private company – code-named Maricopa for secrecy – plans to launch small payloads from another pad at Cape Canaveral. A formal announcement is expect in the coming weeks.

The companies will join SpaceX, ULA and Blue Origin in launching from Cape Canaveral.