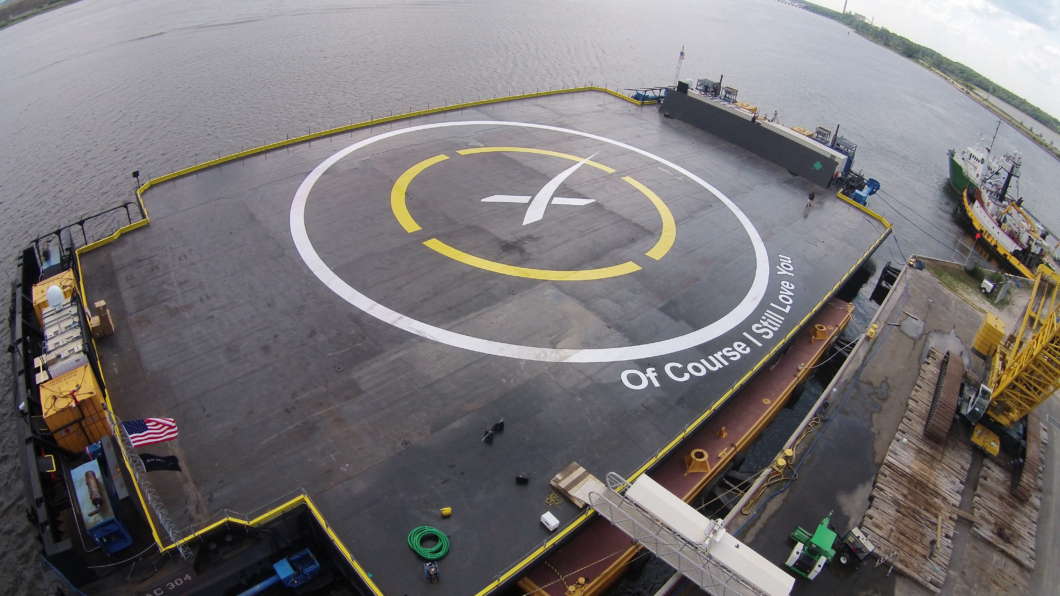 SpaceX will get another ship to help land rocket boosters off Florida’s Space Coast.

SpaceX lands the first stage of its Falcon 9 rocket so that it can be reused on future missions…lowering the cost of access to space.

For some missions, SpaceX lands the booster on a drone ship that looks like a barge and tows the booster back into Port Canaveral.

As SpaceX’s launches more rockets, it will need more ships. Founder Elon Musk said a new ship named ‘A Shortfall of Gravitas’ will arrive in Florida next summer.

SpaceX has one operational ship on the east coast, named ‘Of Course I Still Love You.’ Another rocket-landing ship called ‘Just Read The Instructions’ supports recovery efforts off of California’s coast. The company is also working on ways to recover the rocket’s nosecone using a ship with a large net to catch the falling pieces.

Musk named the ships to pay tribute to science fiction writer Iain M. Banks and the “Culture” series of books.