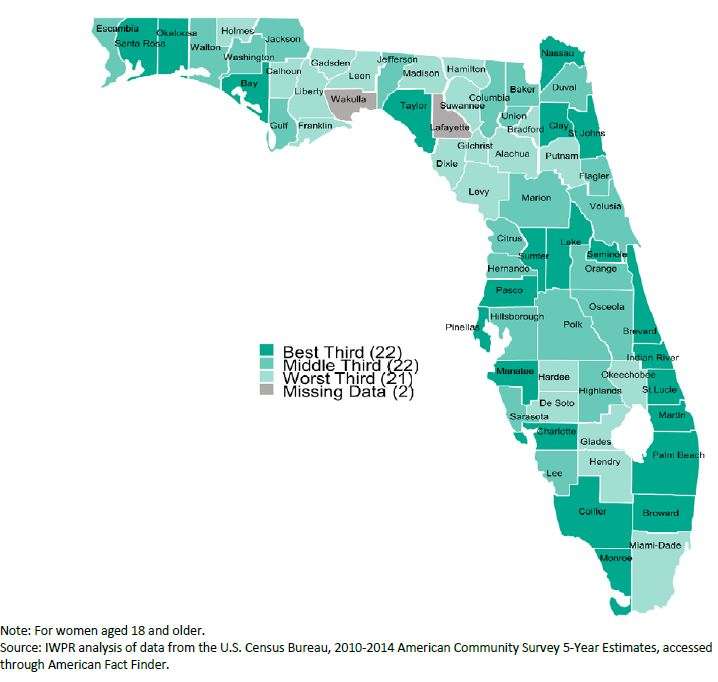 Rural north Florida counties and parts of south Florida are home to the highest rates of women living in poverty according to a new report from the Institute for Women’s Policy Research. The group found that more than twenty-five percent of women live in poverty in Gilchrist, DeSoto, Hamilton, Alachua, and Hardee counties and that the rate is also high for women in Miami-Dade county.

When analyzing data among racial and ethnic groups, researchers found that Black women have the highest poverty rate in the state, followed by Native American women and Latinas.

Julie Anderson with the Institute for Women’s Policy Research, said raising the state minimum wage and eliminating the gender pay gap is key.

“This would particularly benefit women of color who are disproportionately represented among low-wage workers,” she said.

Though the poverty rate in central Florida is relatively lower than in the rest of the state, Osceola County has a high rate of uninsured, non-elderly women. That county also has one of the highest rates of women-owned, businesses, along with Orange and Polk counties. They are also home to some of the highest rates of women with college degrees in the state, though that number is still lower than it is for Florida men.

Poverty among women is lowest in the Florida counties of Sumter, Martin, and St. Johns counties.