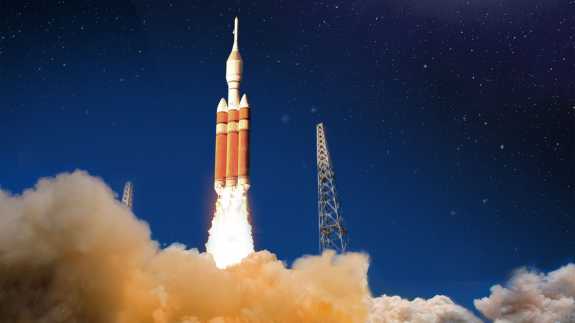 NASA is planning new renovations at Kennedy Space Center as the space agency prepares to send astronauts to an asteroid and Mars on its first new spacecraft in a generation.

It has selected J.P. Donovan Construction of Rockledge in Brevard County to refurbish some of the ground infrastructure that will launch astronauts into deep space.

The company was awarded a $46 million dollar contract to retool a mobile launcher, used during the shuttle program to move the shuttles to the pads before launches.

The renovations are part of a massive transformation at Kennedy as the space center transitions into a multi-user spaceport after the shuttle program ended in 2011.

NASA plans on private companies like Boeing and SpaceX to fly astronauts to the International Space Station while it focuses on its new deep space capsule, Orion.

Subcontractors include Core Electric of Melbourne, MDI Services of Orlando and Bragg Crane and Rigging of Long Beach, Calif.