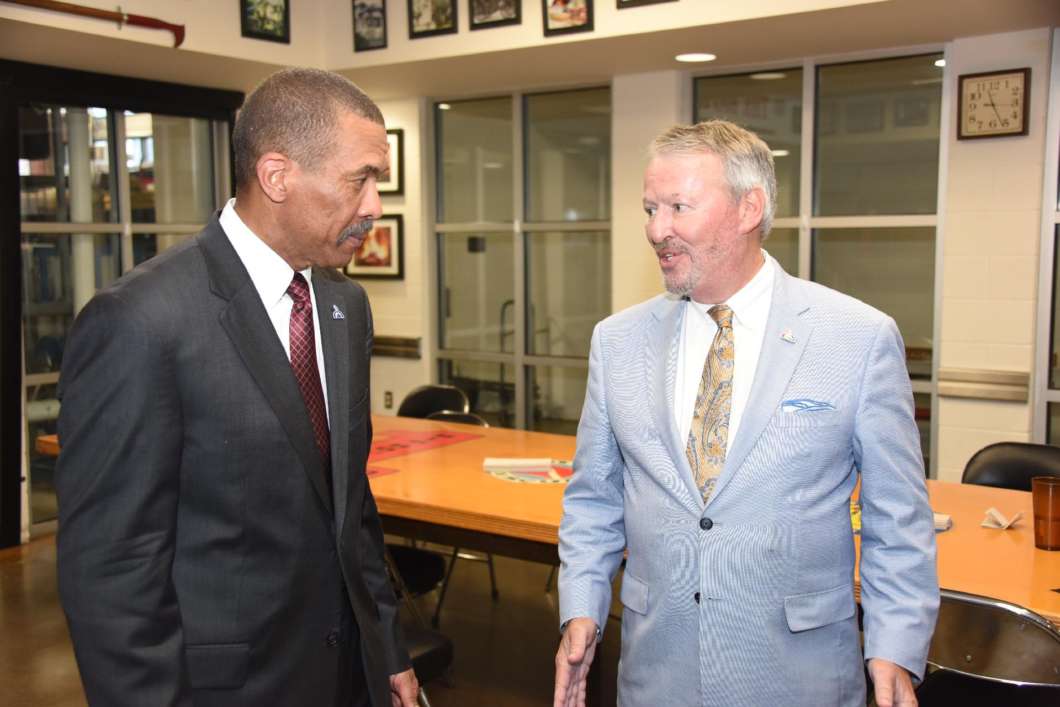 Barksdale has been the fire chief in Prince George’s County Maryland since 2017.

He says he wants to recruit more women to the Orlando Fire Department by changing the workplace culture.

“Everyone deserves to be respected and have dignity in the workplace. And I will definitely make sure that that occurs. Having a more diverse workforce only makes the department stronger.”

Please join us in welcoming to Orlando, Benjamin M. Barksdale Jr., who was appointed as our new Fire Chief today. pic.twitter.com/oFDKRv1N5B

He replaces former OFD Chief Roderick Williams who resigned after an EEOC investigation found he had sexually harassed his female assistant fire chief.

Earlier this week Williams who denies these allegations filed a complaint with the EEOC against the City of Orlando saying he had been forced out of the position.

Mayor Buddy Dyer said Barksdale worked on initiatives to diversify the workforce at his other departments.

“We want to make sure that the Fire Department also represents the diversity of our community both in terms of having females and having people of color.”

Today I was proud to announce the appointment of Benjamin M. Barksdale, Jr., as the next @OrlandoFireDept Chief. He currently serves as Chief in Prince George’s County, Maryland, and I am confident that under his leadership OFD will continue to protect and serve our city. pic.twitter.com/dClTxJvNvI

Barksdale will take over from Interim Orlando Fire Chief Rich Wales on November 15.