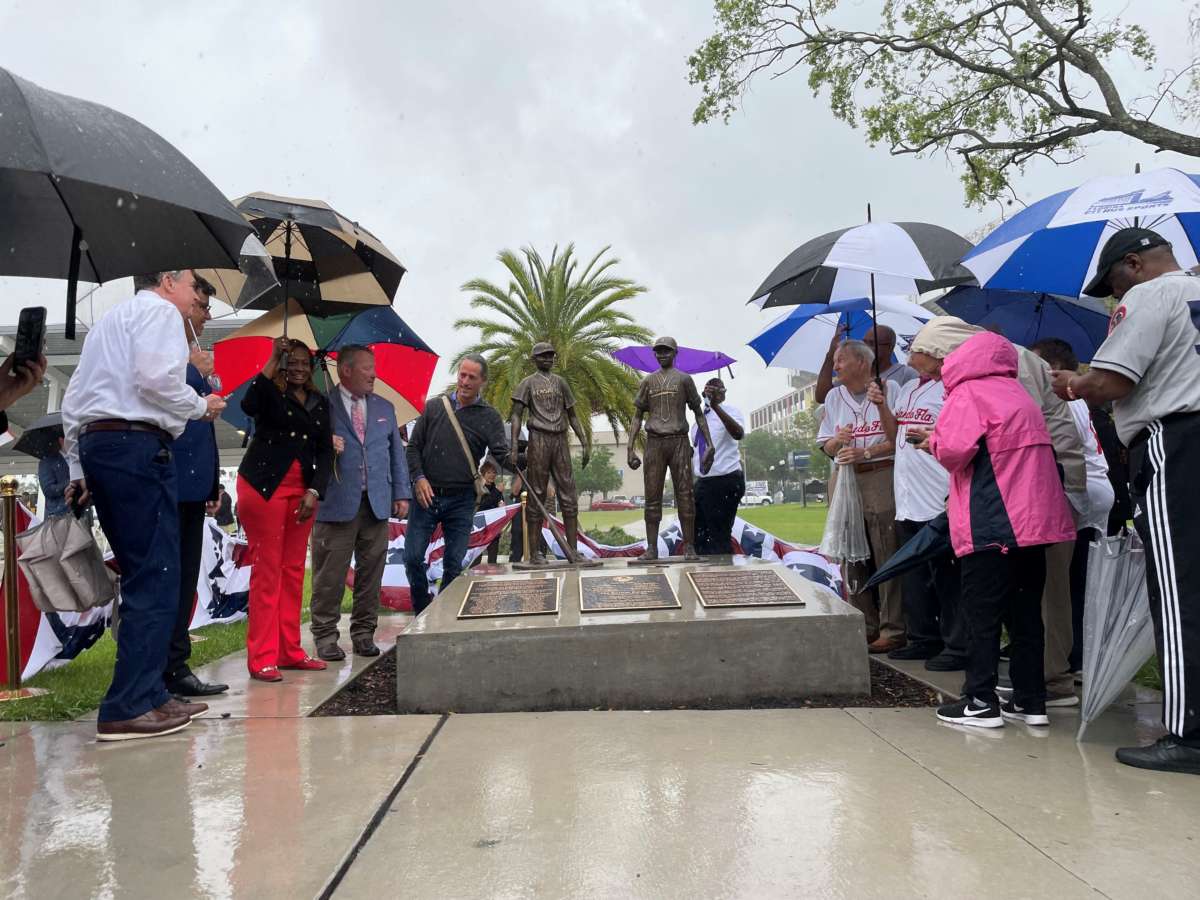 Elected leaders and community residents huddled in the rain to celebrate the new monument. Photo by Amy Green

That year’s Little League state championship was one of the first integrated Little League games in the South. The all-white Orlando Kiwanis played the all-Black Pensacola Jaycees.

The bronze monument is in Lake Lorna Doone Park in the historically Black neighborhood of Parramore. The Rev. Freddie Augustine, part of the Pensacola team, spoke at the unveiling.

“We live in a world where people are calling wrong right and right wrong. But when you do the right thing you will see the results of what can happen.”

The monument is the final work of artist George Nock, a former NFL player. Nock died in November 2020 of COVID-19 after traveling to Orlando to deliver the sculpture.

The game is the subject of the documentary “Long Time Coming: A 1955 Baseball Story.”