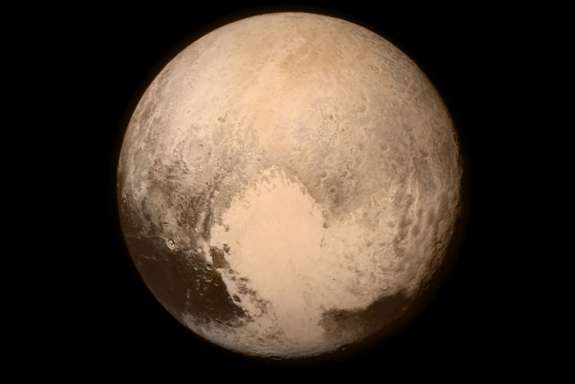 Pluto nearly fills the frame in this image from the Long Range Reconnaissance Imager (LORRI) aboard NASA’s New Horizons spacecraft, taken on July 13, 2015 when the spacecraft was 476,000 miles from the surface. Photo: NASA/APL/SwRI

After almost a decade, NASA’s New Horizons spacecraft is making its closest pass to Pluto Tuesday. The deep space probe will survey the surface of the icy dwarf-planet and send back photos never before seen. Intersection’s Brendan Byrne talks with the mission’s principal investigator Doctor Alan Stern about the mission.