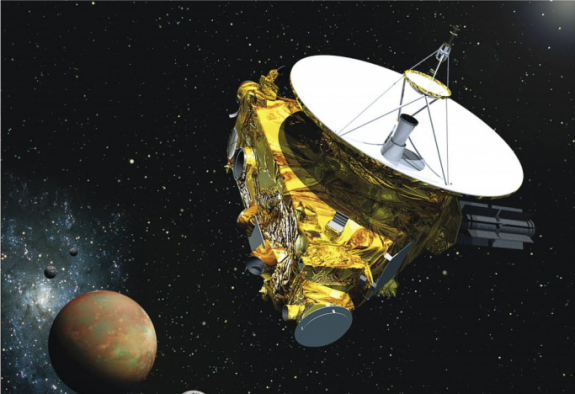 Traveling almost 30,000 mph through the solar system, New Horizons will fly by Pluto – a 3 billion mile trip since its launch in 2006.

The deep space probe will survey the surface of the icy dwarf-planet and send back photos never before seen.

Doctor Alan Stern, New Horizons Principle Investigator, hopes the findings can shed light on how planets are formed. “Pluto is sort of a connecting dot in how things formed from the smallest rocks and pebbles to the biggest planets like Jupiter.”

Stern says the probe is equipped to take a detailed look at the dwarf-planet.

“Well we’re going in with our eyes wide open, with the most advanced series of scientific instruments ever brought on the reconnaissance of a new planet,” he said.

This is the first major planetary discovery since Voyager 2 surveyed Neptune in 1989.