New funding in citrus greening fight might not be enough 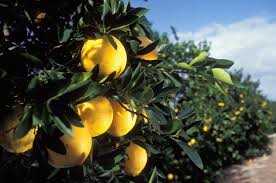 An $18 million injection to fight greening may not be enough to stop the disease that’s crippling Florida’s citrus industry.

That’s according to a University of Florida scientist.

Florida’s iconic crop is facing its worst season yet mostly because of greening, a disease that weakens citrus trees.

State Agriculture Commissioner Adam Putnam is calling for $18 million for research and replantings.

Jack Payne of the University of Florida’s Institute of Food and Agricultural Sciences says since 2008 he’s lost 30 research positions and 300 staff positions.

“If you asked me what do I need besides money to cure citrus greening I would say more scientists.”

Payne says the greening crisis coincided with the recession, which worsened its impact.

He says he plans to go to the Legislature in March to ask for more money.

The forecast this year is 103 million boxes. It would be the lowest on record. That’s down from 300 million boxes a decade ago.