New Fence Going Up At Pulse 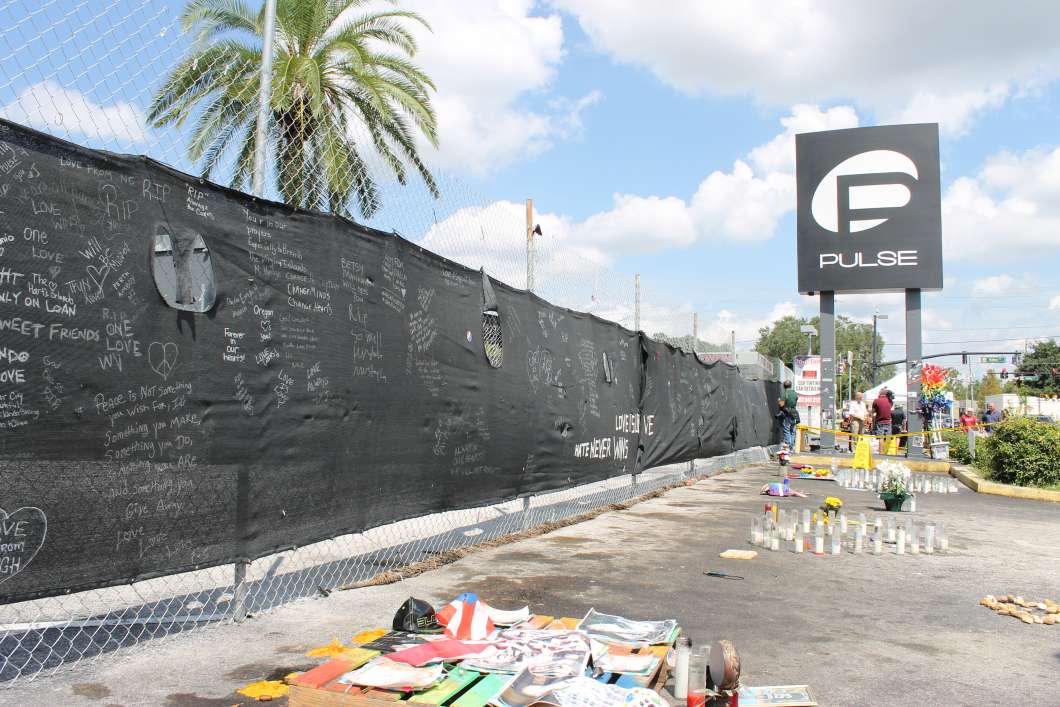 The privacy screen on the old fence is also being removed for storage by the Orange County Regional History Center. Photo: Matthew Peddie, WMFE

A new fence is being put up around the Pulse nightclub. The fence features artwork created by local residents and is closer to the nightclub than the old chain link fence.

“A new fence is being installed about 20 feet inside of this current one, so we’re out here today collecting the last of the items, we’re going to collect the black privacy curtain that’s on this current fence because people have written so many messages on it, so this is actually going to be added into the collection,” said Perkins.

Perkins said the history center has collected and cataloged about 5,000 items from memorial sites around the city in the last few months.

Nightclub owner Barbara Poma was watching as workers set up the new fence.

“The city, the history center and I have decided that moving the fence back a little bit closer to the building but off of the street, will allow for more safety for the people that come to visit, and allow a little less congestion on Orange Avenue, to help the businesses that surround us,” she said.

Poma said she’s comforted by the support and love from the community after the tragedy.

Gunman Omar Mateen killed 49 people before he was killed in a shootout with police at Pulse on June 12th.