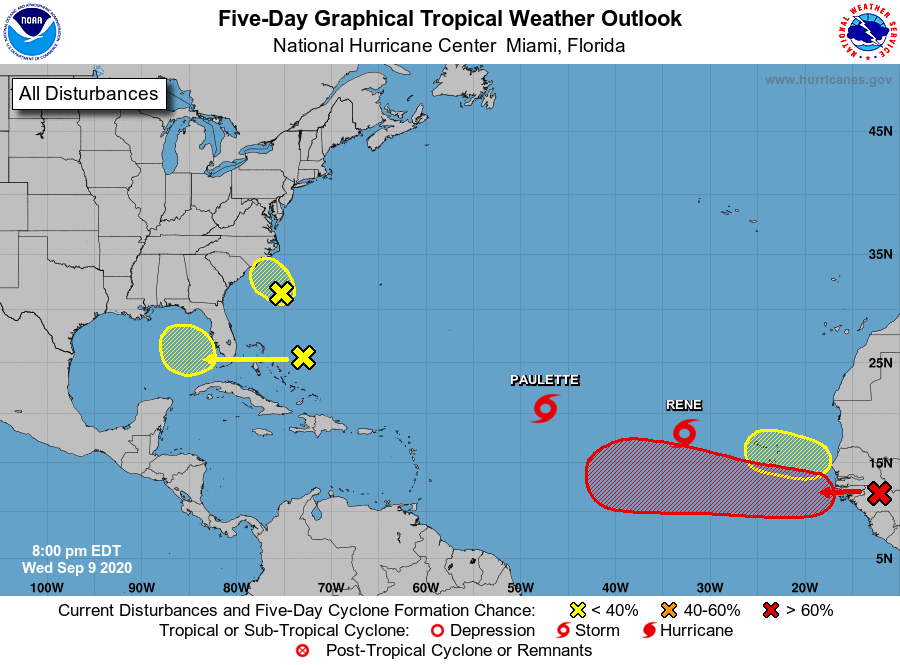 Unsettled weather is likely to continue ahead of two tropical disturbances over the western Atlantic late this week and into the weekend.

“The first system is approaching South Carolina and only a small increase in showers is likely near the coast on Friday from that system. The second, newer disturbance about 200 miles east of the Bahamas is likely to lead to another round of storms over the Florida peninsula this weekend. There’s a low chance it could develop if it reaches the Gulf.”

The National Hurricane Center forecast keeps Tropical Storms Rene and Paulette over the open Tropical Atlantic through early next week.

Forecasters are watching another tropical wave and say it’s expected to become the next tropical depression near the African coast this weekend.