UPDATE: Plans Call For Pulse Memorial To Be Iconic, Community-Driven 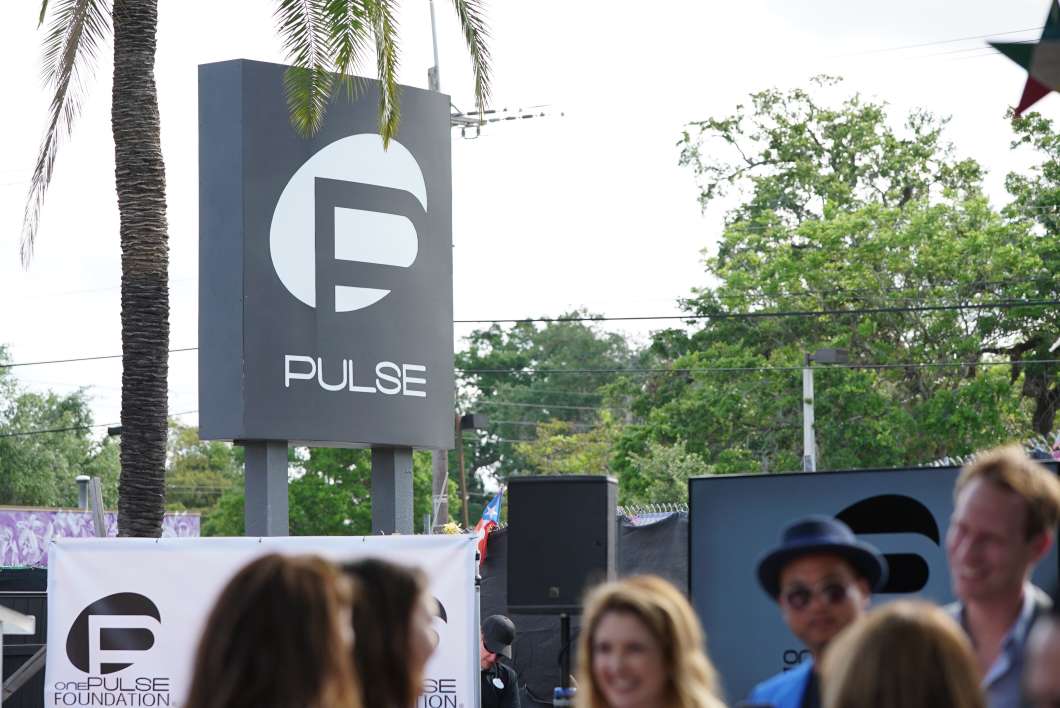 Barbara Poma, with a newly formed board of trustees, discusses plans for a permanent Pulse memorial in front of the Orlando nightclub on May 4th, 2017. Photo by Joey Roulette.

We’re learning new details Thursday about the plans for a memorial at the Pulse nightclub commemorating the deadliest mass shooting in modern American history.

90.7’s Amy Green has been following the story. She joins us now.

CRYSTAL CHAVEZ: Amy, what do we know? What will the memorial look like?

AMY GREEN: We know there are big plans for the site where a gunman pledging allegiance to ISIS killed 49 people last June, devastating our community and the LGBT and Latino communities.

I mean, Pulse already is a memorial, right? Nearly a year later mourners continue to visit the gay nightclub, leaving artwork, candles and flowers. The goal is to give these people a space.

Plans call for a memorial that will be iconic and national in stature, modeled after ones marking acts of terrorism in New York City and Oklahoma City. It will include a museum displaying the artifacts and stories of the massacre. And it will be community-driven.

Pulse owner Barbara Poma announced the plans at an event outside the still-shuttered nightclub. She says the memorial will be another draw for Orlando visitors.

“I believe after seeing the outpouring of love from around the world, everyone who travels here will travel here. And I do believe just as when I’ve gone to New York, every single time I go to New York I go to their memorial. And I did it long before Pulse, and I continue to do it out of respect, and I do believe our country feels that way.”

CRYSTAL: What do we know about the process for creating the memorial?

AMY: The effort is funded by the onePULSE Foundation and led by a task force advisory council, which includes Pam Schwartz of the Orange County Regional History Center and Mayra Alvear, mother of Pulse victim Amanda Alvear. Jefre Manuel will design the memorial.

Input from victims and families, first responders and the community will be collected through a process supported by the American Institute of Architects. That will form the basis of the memorial’s campus, museum and mission.

Entertainers like Ellen DeGeneres and Lady Gaga also are supporting the effort financially. They got involved after a Hollywood event last August. The goal is to open as soon as 2020, but Poma says it is too soon to know much else like how much the memorial will cost.

CRYSTAL: What is the reaction?

AMY: I talked with Billy Manes, editor of the LGBT newspaper Watermark. He says the plans alone will help with the healing.

“There’s still a lot of unknowns, but I think the fact that the ball is set in place to roll, it’s going to mean a lot for this city, a city that still shows up here every day and leaves flowers and stares at beautiful pieces of art. So knowing that this is in process I think is a help for a lot of people.”

AMY: The task force advisory council already is meeting and is expected to grow as more people become involved. The process for creating the memorial is expected to be emotional and difficult as it has been in other communities that have experienced acts of terrorism.

AMY: You are welcome.