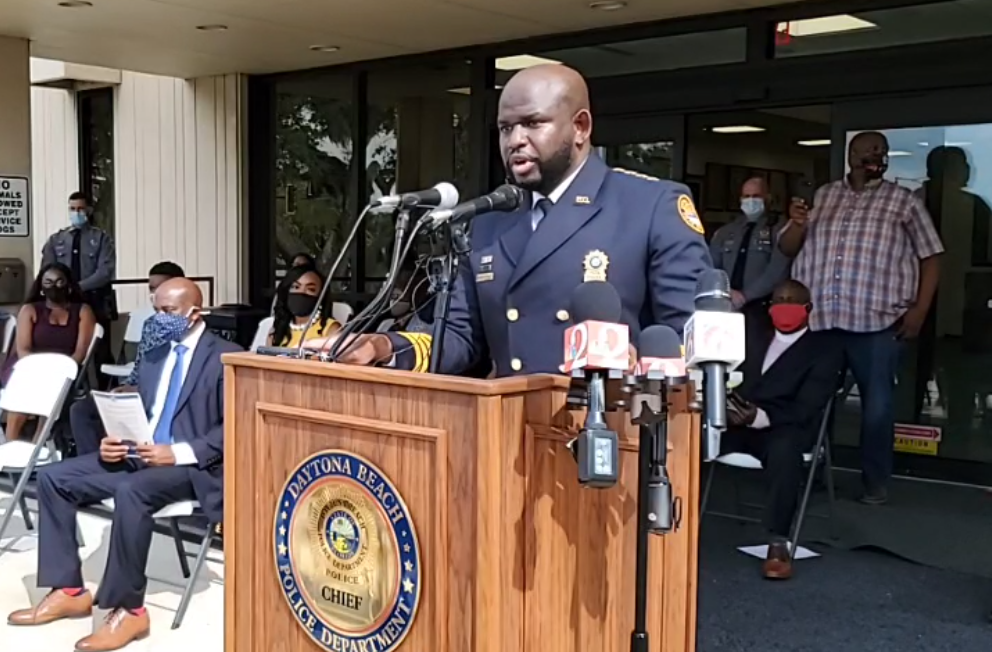 Young served on former Chief Craig Capri’s command staff the past six years. He was named deputy chief in 2017.

He told officers at his swearing in ceremony on Friday they have standards of courage, professionalism, self control and integrity to uphold.

Young told officers they would also continue to receive the support of the community during what he called the social awakening after the death of George Floyd.

And he told the community his officers would be there for them even during the coronavirus pandemic.

“We are in a global health pandemic. I envisioned this day but I never envisioned this day wearing a mask. But that just tells you where we’re at right now. And unfortunately in law enforcement, we don’t have that luxury to social distance. So we’re still out here. We’re still responding. If you need us, we will be there.”

Young is a graduate of Bethune-Cookman University and a husband and father of three children.