New bike and bus lanes to reduce traffic along IDrive 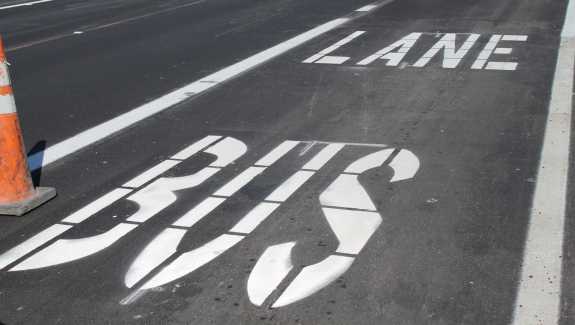 International Drive now has a place for cars, buses, bikes and walkers. Today, city officials celebrated the completion of a new bike lane, a bus lane, and wider sidewalks from Universal Boulevard to Oak Ridge Road.

“This is one of the older sections of International Drive, and we’ve been working on this for a while to make it more pedestrian friendly for sure and make it easier for shoppers to access,” said Orlando Mayor Buddy Dyer at the completion ceremony. He believes the $10.6 million project, which took two years, is a step toward making the city safer and accessible.

“You know, we’re talking about a new system out here within our roads. But this really is more than just a road project. It’s a beautification project as well,” he said.

“They take us out of the general use lane so we’re not hindering that movement of traffic that has been happening throughout the years of North International Drive. Ultimately, we’d like to have a total of about 7.5 miles worth of dedicated lane,” she said in an interview.

The International Drive Transit and Improvement District is working to expand bus lanes from Kirkman to Sand Lake Road.