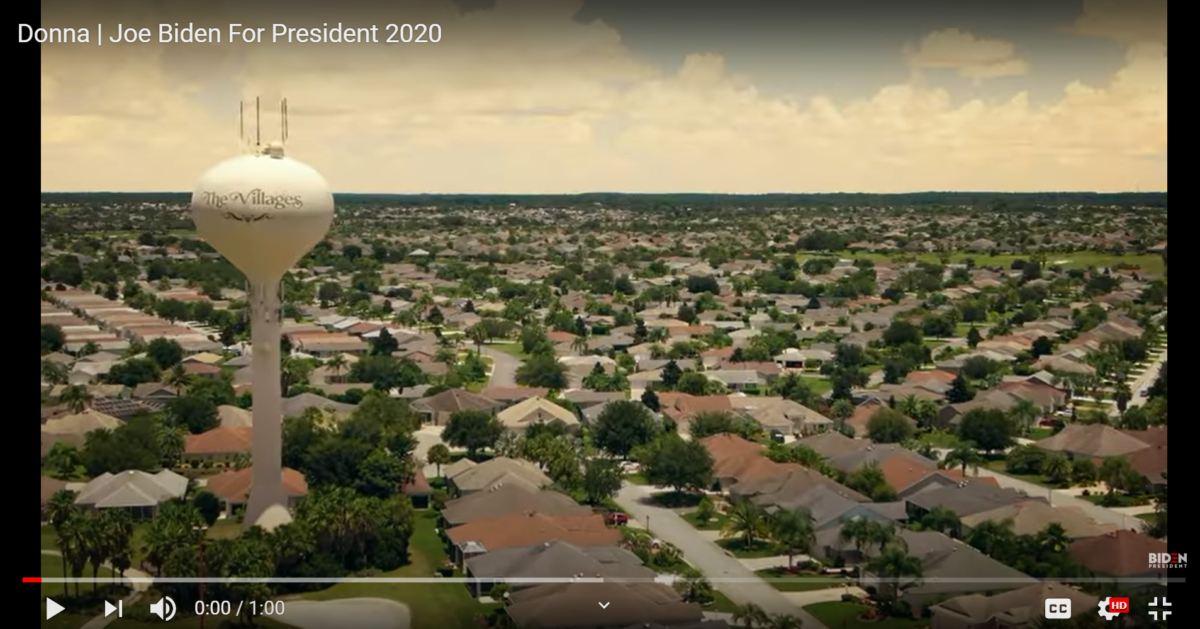 A new ad from the Biden campaign opens with an aerial view of The Villages.

The Biden campaign has released an ad featuring a grandmother in The Villages who is critical of President Donald Trump’s response to the coronavirus.

It appears aimed to win over white seniors who were key to Trump’s victory in Florida last time.

The ad opens with an aerial view of the sprawling Central Florida retirement community, a Republican stronghold.

The retiree — who gives her name as Donna — says she and her husband feel trapped, unable to visit their grandkids for six months. She blames Trump for his “lack of action,” and she trusts Joe Biden to get the pandemic under control.

“The Biden Campaign realizes,” Jewett said, “that if they could get at least just some, just a small percentage, a couple percentage, of white seniors here in Florida to switch — to say let’s vote for Biden this time, let’s vote for the Democrat rather than Trump — in a close state like Florida that could make all the difference.”

The Trump Campaign, meanwhile, announced TV ads in early voting states, including Flordia, attacking Biden as an empty vessel and a tool of the “radical left.”