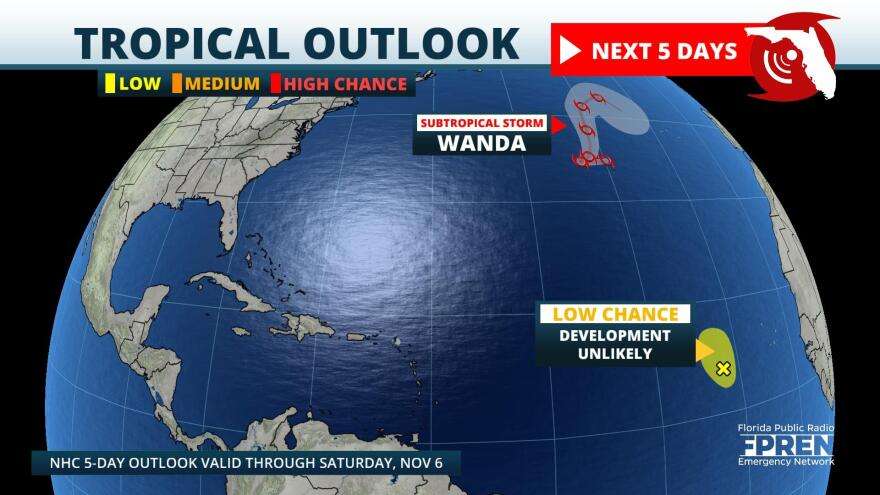 The last month of the 2021 Atlantic Hurricane Season has begun and there are no anticipated threats to the United States for at least a week.

Subtropical Storm Wanda formed over the weekend in the north Atlantic and was located approximately 850 miles west of the Azores Monday morning. Maximum winds were at 50 mph and little change in strength was forecast over the next few days. Wanda is forecast to turn to the northeast later Monday and say out to sea.

Elsewhere in the tropics, a broad area of low pressure several hundred miles west of the Cabo Verde Islands was being monitored by the National Hurricane Center, but shower activity remained disorganized and chances of development were “decreasing” as of Monday morning.

Wanda is the last name on the 2021 list of Atlantic tropical cyclones. If another named storm forms, a new supplemental list of names would be used. The Atlantic hurricane season officially ends November 30.