Nevada Debate Could Be A ‘Make Or Break’ For Bloomberg, Analysts Say 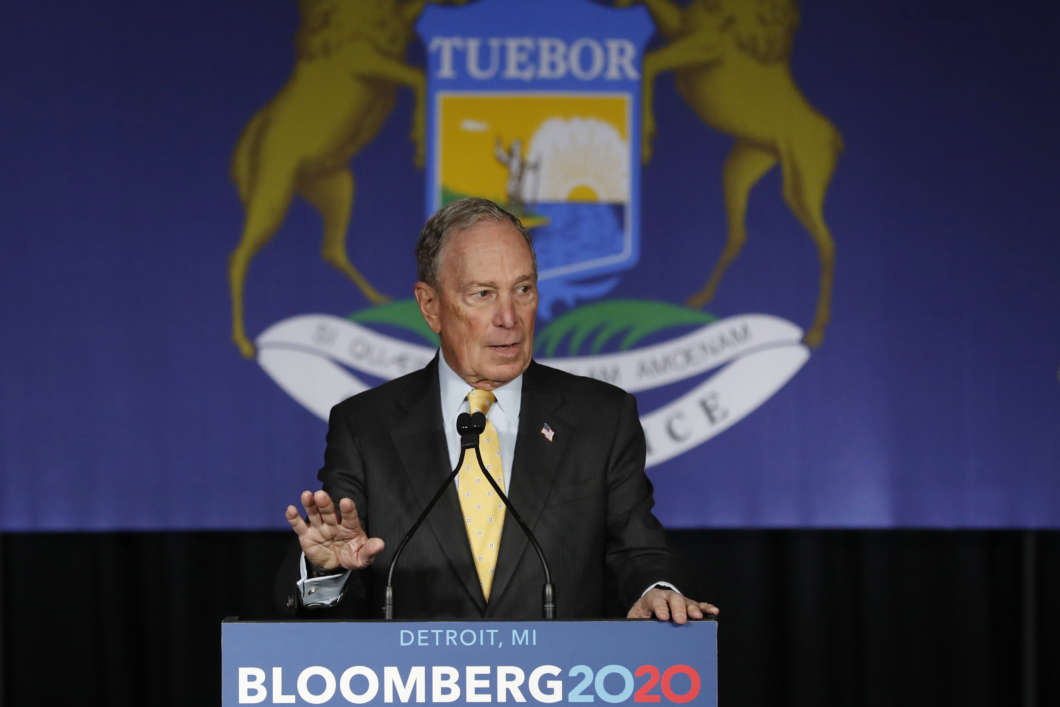 He isn’t on the ballot in Nevada’s caucuses, but billionaire former New York City Mayor Michael Bloomberg will be on the national debate stage for the first time with five other Democratic candidates Wednesday night during the debate in Las Vegas. He qualified after surging in the polls.

Bloomberg is expected to endure heavy attacks from his opponents — and his performance may be a crucial test of his candidacy, political experts say, and for the party’s 2020 nominating fight.

On Tuesday, Massachusetts Sen. Elizabeth Warren said “it’s a shame” that Bloomberg “can buy his way into the debate. She tweeted: “At least now primary voters curious about how each candidate will take on Donald Trump can get a live demonstration of how we each take on an egomaniac billionaire.”

Vermont Sen. Bernie Sanders, who is the frontrunner in Nevada in several polls, took similar aim at Bloomberg.

“Democracy to me means one person, one vote, not Bloomberg or anybody else spending hundreds of millions of dollars trying to buy an election,” Sanders said.

Some political analysts say anti-billionaire broadsides are to be expected during the Nevada debate from the other Democratic candidates.

“Bloomberg risks being viscerally attacked and damaged by taking part in this debate, especially by Bernie, and the rest of the field saying he is trying to buy his way to presidency,” said national pollster John Zogby.

Political analyst Michelle Bernard, who runs the Bernard Center for Women, Politics & Public Policy, points out that the tactic might not connect with voters the way Bloomberg’s competitors hope.

“There’s a problem when you denigrate people who have been able to do well financially. There are many Americans, probably most Americans, who look to that kind of wealth to something they aspire to be able to achieve,” Bernard said. “Candidates who do that put themselves on the side of the party that looks like quote-unquote ‘socialists.'”

No matter what kind of swipes rivals make on Bloomberg, Bernard said a weak performance could prove influential to voters.

“It’s possible he’ll hit that debate stage and the public will say, ‘the emperor has no clothes,’ so he’s really got to be prepared for what could make or break his campaign and how he’ll do on Super Tuesday,” she said. “It’s going to be an enormous test for him.”

Bloomberg has a novel strategy that he hopes will make him the Democratic Party’s nominee. If successful, it would be unprecedented: forgoing early nominating contests and instead focusing on delegate-rich Super Tuesday, when 14 states will vote on March 3.

As one of the richest people in the world worth some $64 billion, Bloomberg has seemingly boundless cash to expend on his campaign.

Indeed, Bloomberg has spent some $300 million on political advertising so far, which is more than several of the other Democratic candidates combined. He has hired thousands of campaign staffers and is positioning himself as a centrist candidate who is best poised to take on Donald Trump in November.

But as Bloomberg’s profile has risen, so has the scrutiny. He has been forced to defend himself over his previous adamant support of the police tactic known as stop-and-frisk, which critics say law enforcement uses to racially profile pedestrians. Audio of blunt comments he made in 2015 about throwing suspects against walls and frisking them recently resurfaced, prompting Bloomberg to again to apologize for his advocacy of stop-and-frisk as mayor of New York City.

He has also faced criticism for remarks he made claiming the end of discriminatory housing practices known as “redlining,” which systemically deprived people of color of the ability to securing financing to purchase homes, helped sparked the 2008 economic downturn.

“The clips and things we’re hearing about from the past are unbelievably damaging,” Bernard said. “If he cannot come out incredibly strong, it could be the end for him. The other candidates are tried and tested. They’ve been able to hone their message,” she said.

Sanders has shown himself to be the progressive favorite after a chaotic start to the nominating process. Warren has lost ground to Sanders, but could rebound following the Las Vegas.

Meanwhile, Bloomberg was able to qualify for Wednesday’s night debate from rule changes instituted by party leaders that nixed the requirement that candidates meet an outside donation threshold in order to be on stage.

The old rules would have blocked Bloomberg from the debate, since he is self funded through his vast fortune and not accepting campaign contributions.

For the Nevada debate, presidential hopefuls had to either capture 10% support in four polls, or 12% in two polls in South Carolina and Nevada. Five other candidates made the cut as well: Joe Biden, Pete Buttigieg, Amy Klobuchar, Bernie Sanders and Elizabeth Warren.

Recently released surveys, including a new NPR/PBS NewsHour/Marist poll, provided Bloomberg the percentages he needed to get into the Nevada debate.

The squaring off among top Democratic contenders comes as Bloomberg has been under scrutiny over the reemergence of past comments about race, as well as reporting on sexist comments Bloomberg made in years past.

He and Sanders have been engaged in especially harsh attacks in recent days, with Sanders supporters seizing on the controversial comments from Bloomberg’s past and the candidate accusing him of trying to “buy the presidency.”

Bloomberg’s campaign is tying Sanders to Trump, saying both are fearful of the moderate Democrat, and former Republican, candidate’s appeal.

As part of Bloomberg’s effort to clinch the nomination and deny Trump a second term, the former New York mayor has pumped millions into a digital media campaign in which his campaign is paying popular meme accounts on Instagram to publish content about him in an effort to engage younger voters.

“Mike Bloomberg 2020 has teamed up with social creators to collaborate with the campaign, including the meme world,” Bloomberg campaign spokeswoman Sabrina Singh said in a statement. “While a meme strategy may be new to presidential politics, we’re betting it will be an effective component to reach people where they are and compete with President Trump’s powerful digital operation.”