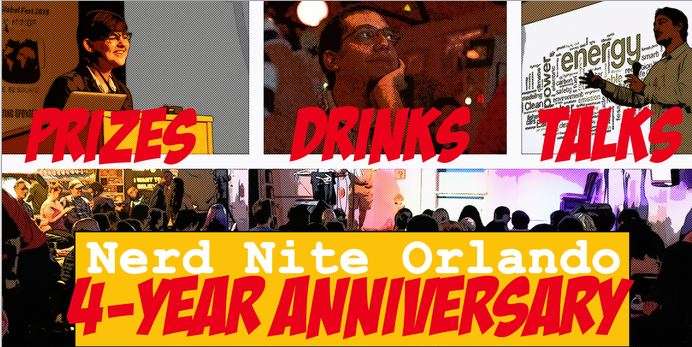 Nerd Alert! The word nerd doesn’t carry the same connotations it used to. Nerdiness has come a long way since glasses held together with tape and pocket protectors. Four years ago Ricardo Williams launched Nerd Nite Orlando. Nerd Nite Orlando celebrates its anniversary of the geeky meet up this week.

“What Nerd Nite does is an opportunity to learn about interesting things and obviously as we both know learning is more fun when you’re drinking with your friends,” said Williams. “So, Nerd Nite seeks to satisfy that desire and that need for all of us to want to learn new cool stuff.”

Williams joined 90.7’s Matthew Peddie to talk about nerd culture and the monthly “thinking and drinking” event that celebrates its anniversary this year.

“It’s cool to be a nerd now and I’m happy to be apart of that movement,” said Williams.