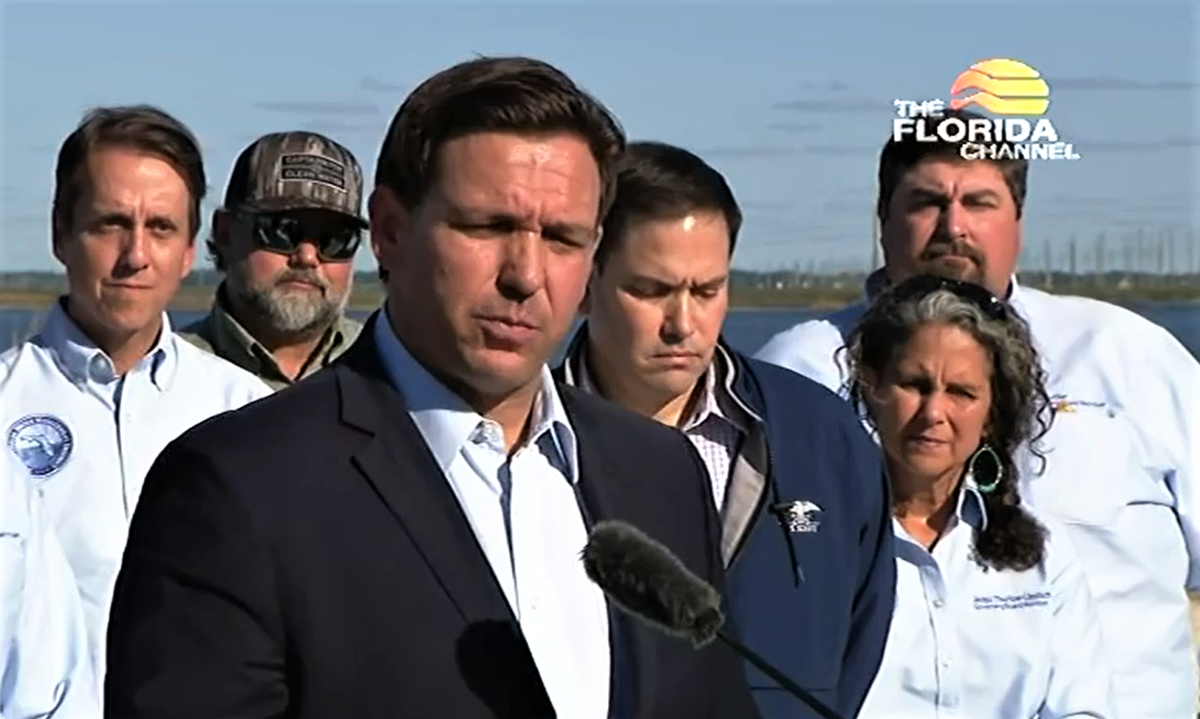 Gov. Ron DeSantis said Democrats are trying to use neo-Nazi demonstrations in Orlando to "smear" him. Image: Florida Channel

A small group of neo-Nazis demonstrating in Orlando over weekend have drawn condemnation from political leaders of both major parties and the attention of law enforcement.

On Saturday, 15 to 20 people carrying a banner for the National Socialist Movement stood along North Alafaya Trail with Nazi flags and signs.

Some of them got into a fight with a driver in the middle of the road. The Orange County Sheriff’s Office says an investigation is ongoing.

Neo-Nazis also displayed signs, including an anti-Biden banner, on a bridge over Interstate 4.

Gov. Ron DeSantis says state law enforcement will “hold them accountable” for demonstrating on the overpass.

Democrats called on him to denounce the neo-Nazis after, according to news reports, his press secretary tweeted, with no factual basis, that they might really be Democratic staffers. She later deleted the tweet.

Now DeSantis accuses the Democrats of trying to smear him.