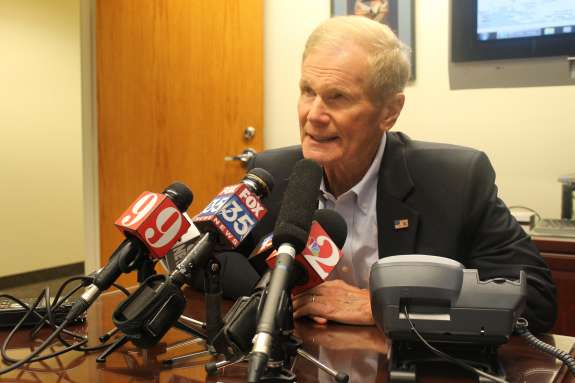 Sen. Bill Nelson says he disagrees with President Barack Obama on how to help Ukraine.

Unlike the president, Nelson supports giving the Ukrainians arms to battle pro-Russian separatists.

The Central Florida Democrat will travel to Ukraine this week to try to ease tensions.

Nelson says 20,000 Russian troops are at the Ukrainian border.

But he says the Ukrainian military has surrounded two pro-Russian strongholds, Donetsk and Lugansk.

The senator says the question of whether to supply arms is a thorny one.

“The trick, and this is the delicate balance for the president, is that you do this and it not be a provoking of President Putin to cause him to then come across the line.”

Nelson says a new deal will allow the Ukrainian government and Red Cross enter Donetsk and Lugansk with humanitarian aid. He says residents are fleeing those cities.

The senator also will visit Lithuania, another former Soviet republic, and Turkey, where he’ll address the conflicts in Syria and Iraq.